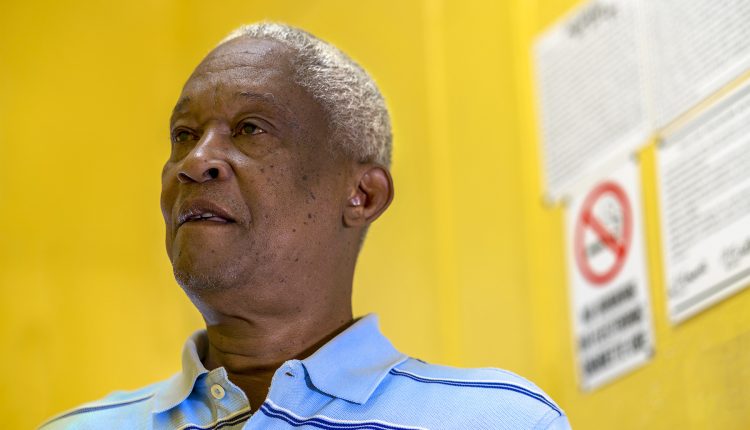 The Adams administration said Friday it is taking a hard look at the city’s Third Party Transfer (TPT) program after the US Southern District Court of New York rejected a second city appeal against Black and Hispanic property owners seeking millions of dollars in restitution for property seized under the controversial program.

“The administration is taking a hard look at the TPT program to ensure it advances the mayor’s goal of helping New Yorkers access safe, high-quality, affordable housing as outlined in the housing blueprint,” he added.

The administration’s comments came after US District Court Judge John G. Koeltl ruled on June 24 that there is enough merit in the claims of three Central Brooklyn Black homeowners plaintiffs to warrant a Federal Class action lawsuit.

If successful, the lawsuit could wind up costing taxpayers hundreds of millions of dollars while restoring generational wealth to possibly thousands of Black and Hispanic property and co-op owners.

Two of the three plaintiffs – McConnell Dorce, Sherlivia Thomas Murchison and Cecilia Jones – were the subjects of multiple Kings County Politics/PoliticsNY stories on TPT, after they first broke it in 2018.

Dorce, Jones and Thomas-Murchison – aim to represent a class of similarly situated property owners who they allege have had their family properties and homes ripped away from them, including both those with direct ownership interests in their real property and those who are shareholders in Housing Development Fund Corporation (HDFCs) co-ops..

Mr. McConnell Dorce, a house-owner in East New York, received a foreclosure notice on his paid-off property from the City’s Department of Housing and Preservation Development under a non-profit Third Party Transfer program. (Photo by Tsubasa Mountain)

The federal suit seeks appropriate compensation for all of the class members whose properties were illegally seized, and seeks an immediate end to the TPT Program.

Under the TPT program, the city seizes properties they deem “distressed,” and in some cases slightly behind on sewer and water taxes, and without any compensation, gives them to the public/private non-profit Neighborhood Restore, who in turn give the property for a nominal fee to a qualified non-profit or for-profit developer.

The program was created in 1996 when the city had a larger number of abandoned and neglected buildings. However, these properties, and others in the same program, are now worth millions of dollars in market value. Almost all the properties highlighted in the KCP/PoliticsNY series were completely paid for with no mortgage and located in traditionally black and brown neighborhoods, which are becoming increasingly gentrified.

US District Court Judge John G. Koeltl denied most of the city’s arguments in their second attempt to dismiss the case and kept the plaintiffs’ constitutional challenges against the city’s seizure of property under TPT, arguing that the city profits by keeping the surplus equity of the homes foreclosed upon. The federal conspiracy claims and racial discrimination claims were also affirmed.

The lawsuit argues that TPT ultimately hurts older homeowners of color and runs counter to the program’s stated intention of improving and preserving affordable housing if home owning families in historically Black or Brown neighborhoods are subject to foreclosure for owing what could be a minuscule amount in property taxes or municipal charges.

In his ruling, Judge Koeltl recognizes the alleged harm:

“The plaintiffs allege that in the latest round of the TPT Program, the total market value of the 210 non-statutorily distressed properties selected for the TPT Program was nearly $152 million, whereas the total amount of arrears owed on such properties was just over $4.5 million.”

The plaintiff’s argued that they are entitled to recovering their home’s “surplus” equity and that this denial constitutes a punitive and unconstitutional state action or “taking without just compensation” under the 5th Amendment.

Judge Koeltl similarly recognized TPT is suspicious on its face when describing how in the scheme the non-profit developers are effectively attaining property for free.

“The TPT Partner does not pay the City anything in exchange for this transfer of ownership, and makes no payment towards the underlying tax lien for which the City initiated the in rem proceeding. The original owner of the property receives nothing for the value of the transferred property in excess of the value of the tax lien (the “surplus equity”),” Judge Koeltl stated in his decision.

The lawsuit has been moving through the federal courts since 2019 and has been the subject of public outrage especially in Black and Brown communities. A full-scale forensic audit and investigation into the TPT Program was conducted by the City Council’s Oversight Committee in July 2019, following demands for that audit by state and city elected officials, including Mayor Adams (at the time, as Brooklyn Borough President).

In 2021, former City Council Member Robert Cornegy, Jr. along with the de Blasio Administration proposed reforming the program but demonstrated no intention to compensate private owners for the taking and transfer of millions of dollars of their surplus-equity value to the City’s TPT Program partners.

Since then, nothing has been done by the City Council to repeat the program, but it is now moving forward in federal court to discovery and class certification. The law firms of Valli, Kane & Vagnini LLP, Yolande I. Nicholson, PC Ropes & Gray LLP and White & Case, LLP are representing the plaintiffs.

“The City’s taking of private property over the past two decades was unlawful and unjust in every way. The Court’s decision means that our clients’ allegations that the TPT Program is unlawful can move forward against the City and its partners. Taking the surplus equity value in homes and in HDFC cooperatives without compensating owners and shareholders is flagrantly unconstitutional. The Court’s ruling confirms that in addition to homeowners, HDFC shareholders can get their day in court to seek financial recovery of the equity value of their cooperative homes and buildings,” said attorney Yolande I. Nicholson, one of the plaintiffs’ attorneys.

“With this decision, the Court states that the case can move forward and makes plain to the City and its developer partners that they will be held accountable for their violations or our clients’ constitutional rights,” said Matthew L. Berman of Valli Kane & Vagnini LLP, one of the law firms representing the plaintiffs.

While a Mayor Adams spokesperson said there would be no comment regarding ongoing litigation, a spokesperson for the plaintiffs said any hope for a settlement must come with the end of the TPT program.

“The Court’s decision is proper, and not surprising. The plaintiffs have alleged, for years, that the City cannot take their properties without compensation. The court’s decision rejected the City’s latest attempt to escape liability for these takings. Our clients (and the other Black and Brown citizens whose properties the City has taken for virtually nothing) will have their day in court,” said Attorney Keith Wofford with the law firm White & Case.