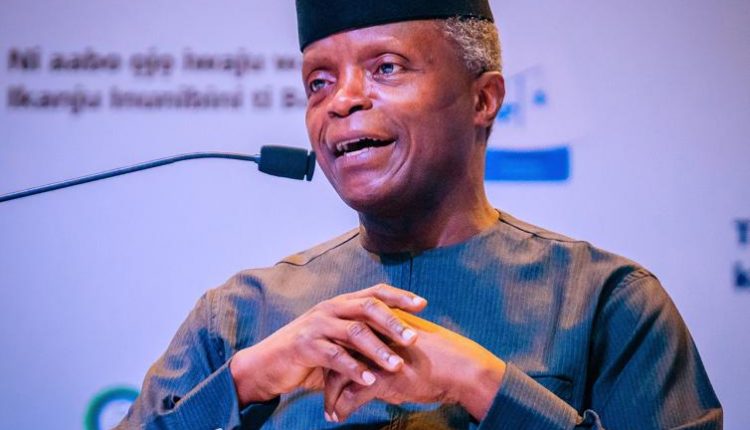 He described the delays as the elephant in the room and wondered what would happen to the legal profession in another 50 years, given the deadlock in judicial processing and the question of the integrity of the legal process.

Osinbajo said so on Friday in Lagos as he chaired the second edition of Wole Olanipekun & Co., the judicial summit on reform in the judicial sector, on the occasion of the 70th

The Senior Special Assistant to the Vice President’s Media and Public Relations, Laolu Akande, quoted Osinbajo in a statement Saturday entitled “Why We Must Address Slow Trials, by Osinbajo”.

The Vice-President recalled how the UK Court of Appeal had found the case (IPCO v NNPC [2015] EWCA Civ 1144), where a challenge to enforcement of an arbitral award by a Nigerian arbitral tribunal has been filed in the English Court of Appeal.

Osinbajo said: “The court described the delay in parallel trials in a Nigerian court as catastrophic and that it could take another 30 years to resolve.

“The expert who testified about delays in Nigerian courts, incidentally, was a former Supreme Court judge who stated that it can take 20 to 30 years for a case to be resolved in a Nigerian court.”

Osinbajo called for further engagement from stakeholders on the integrity of the legal process and its main actors, especially judges and lawyers, in order to provide solutions to the delay of legal proceedings.

He also suggested that the panel should focus on practical and actionable ideas rather than working through the problems, saying, “We are all experts at knowing the problem.”

Describing the celebrant Olanipekun as one of the most consistent and influential lawyers in the Commonwealth, the vice president added that in addition to his awards and accomplishments, his friendliness, philanthropy, and faith have influenced many lives.

Osinbajo thanked God for giving the legal luminary an ever youthful physique and character, and said: Whole juries see his sometimes daring points; his disarming wit and humor, his sometimes lyrical and poetic remarks, quoting from the classics and the scriptures, easily make him one of the most outstanding minds in the advocacy of this or any other generation. ”

Olanipekun valued the fine things people had to say about him, but said the Justice Summit organized by his law firm was among his modest contributions to advancing the judicial system as the sector remained worrying.

A former chairwoman of the First Bank of Nigeria, Ms. Ibukun Awosika, spoke about the “Impact of judicial reforms on public trust”.