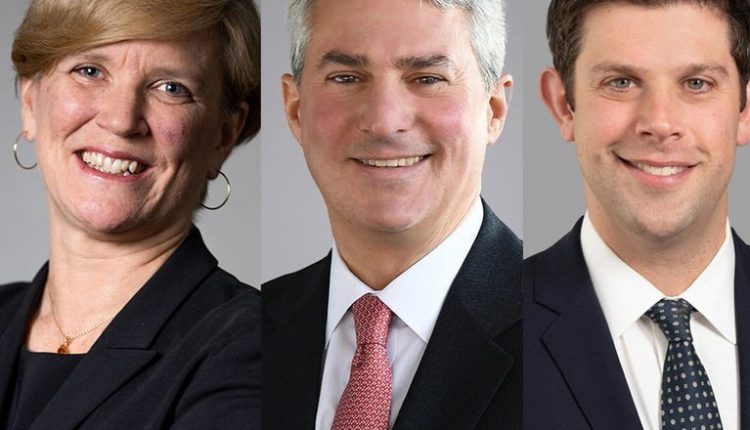 Mass tort and class action litigation firm Seeger Weiss has been siphoning off talent from the defense side of Am Law 100 litigation practices since it was founded in 1999 by attorneys seeking an escape from the “bureaucratic impediments” that Big Law posed to their careers.

And this strategy has continued into this year with the addition of a junior partner from Fox Rothschild and an up-and-coming associate formerly of Milbank. The firm’s recruitment, said founding partner Stephen Weiss, has targeted lawyers who help diversify the practice, expanding from insurance fraud cases into the burgeoning practice of pharmaceutical multidistrict litigation and more recently environmental litigation.

Over the last two decades, the firm—with offices in Philadelphia, northern New Jersey, New York City and the Boston suburbs—has benefited from the commercial litigation experience that young lawyers receive in their early years in Big Law trenches, according to Weiss. He co-founded the firm in the late 1990s, on “the cusp” of joining Fried, Frank, Harris, Shriver & Jacobson’s partnership.

“We felt the training we received at those firms was refined, and it gave us a professional advantage, particularly against peer firms that tended not to do the work in areas that we did,” Weiss said. “A number of lawyers from Big Law started noticing what we were doing on the plaintiffs’ side, and they concluded that they were doing good work and work that is socially redeeming.”

For many young lawyers in Big Law, as demonstrated by ALM’s annual midlevel associate survey, their day-to-day work emphasizes the number of billable hours racked up. Meanwhile, partners have to constantly justify their legal budget to the corporations they serve, said Jennifer Scullion, a Seeger Weiss partner who joined the firm from Proskauer Rose in 2016.

“That can be a somewhat miserable way of approaching your daily work, as opposed to the way I think about it, which is ‘What do we need to do in order to actually win this case,'” said Scullion, who was a partner at her old firm. “That is a much more satisfying way to approach my days, weeks and months.”

She added: “By not having that consideration of having to justify this budget to another decision-maker, we are paying attention to how much time we’re investing in a case to make sure we’re doing it appropriately, too little or too much.”

Weiss said associates at large firms are “economically incentivized” to work as many hours as required by their firm’s billable quota, whereas he said the incentives at a contingency-based practice are aligned at maximizing results for the client.

“Defense lawyers are incentivized to work as many hours as they reasonably can on a case because more hours mean more money they get paid,” he said. “The more hours that we work oftentimes results in us getting paid less. We are driven by excellence and efficiency.”

Big Law’s leveraging of associate hours can result in inefficient deployment of associate legal talent, said Frazar Thomas, who joined Seeger Weiss as an associate in July following his clerkship for the Superior Court of Pennsylvania and a stint as a plaintiff-side antitrust associate with Hilliard shadows.

“At bigger firms, because of the billables motivation, there is sort of his steamroller way of litigating to maximally push on all fronts at one time and there’s no sense of how do we efficiently distribute our associates to get them working on what’s actually key, ” Thomas said.

Thomas, who worked as an associate at Milbank from 2015 to 2017 after obtaining a law degree from the University of Pennsylvania, said plaintiff-side representation allows him to harness his conviction of “pushing law in a more progressive direction.” However, the pipeline that leads like-minded students from elite law schools to Big Law doesn’t always lend itself to such a career.

“There’s kind of a stereotype of lawyers being very liberal; someone goes to law school because they love Ralph Nader and they want to be an environmental lawyer, then they end up defending the power company,” he said. “A lot of people share ideological sympathy with plaintiff-side law, but as a law student and a young lawyer, it can be really hard to make the leap. Especially if you go to a certain school, the easiest jobs to get in a lot of ways are Big Law jobs.”

Once at a large law firm, Thomas said that every young lawyer can recount being asked to work on a “doomed” motion to dismiss that doesn’t contribute anything of substance to the case.

“At a plaintiff-side firm as an associate, you’re going to be working a lot on matters that are live and interesting,” he said. “That is a much better motivator than if you’re just chugging away for hours working on something that isn’t going to have a big substantive impact on a case.”

However, for many junior lawyers, the exposure to complex commercial litigation in elite firms can be invaluable, as it lands them a spot in the practice of a boutique firm focused on their choice area of ​​the law. Consider Steven Daroci, a former Fox Rothschild partner who joined Seeger Weiss as counsel at the end of July.

“What attracted me to Fox Rothschild was you really got hands-on experience from day one where you were managing these smaller matters from the outset,” he said. “You were devising the strategy, interfacing with clients and opposing counsel and going to argue motions and writing briefs, all from day one. Then you can apply the same skills to more complex matters.”

While there was pressure on partners in the complex commercial litigation practice at Fox Rothschild to bring in new client business, Daroci said those pressures are alleviated at his current firm because “a lot of Seeger Weiss’ clients seek them out to represent them.”

Weiss said the firm has no mandates to bring in new clients. Due to the firm’s reputational pull, he said “we’ve always had as much business as we could handle.”

“That doesn’t mean we don’t encourage new lawyers to bring in business opportunities, but it has never been an institutional mandate,” Weiss said.

As with any recruitment strategy aimed at converting Big Law corporate defenders to the plaintiff-side, Seeger Weiss performs due diligence to check for conflicts of interest in case any incoming attorneys have ever represented a party counter to the firm in a lawsuit, Weiss said.

“If we do discover a conflict, we seek to get a waiver from the incoming lawyer’s client,” Weiss said. “Usually, Big Law firms are cooperative and understanding—partners do not want to stand in the way of a junior associate’s professional advancement—but it doesn’t always happen. We had a candidate a year or so ago whose former client would not relent and we had to withdraw the offer, which I thought was really regrettable.”