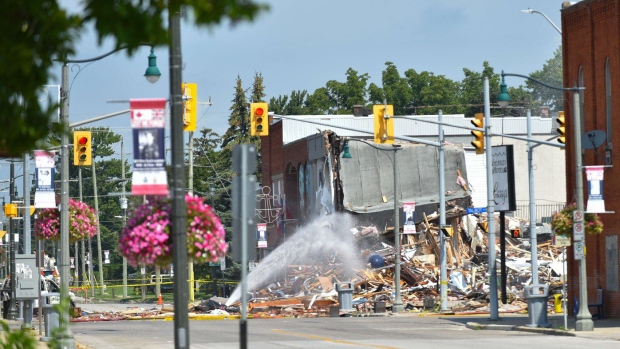 TORONTO – A group of residents and businesses have filed a proposed class action lawsuit over an explosion in a small Ontario town, alleging negligence by the municipality and a company hired to find the source of a gas leak that led to the blast.

A statement of claim, which seeks $100 million in damages, was filed Friday by a law firm representing six residents and businesses in Wheatley, Ont., against the Corporation of the Municipality of Chatham-Kent and HSE Integrated Ltd.

Twenty people required medical attention and a building was leveled after the blast that took place in August 2021.

The statement of claim alleges the blast “was caused by the negligence” of the defendants after hydrogen sulfide leaked to a building from one or more of three wells in the area before igniting.

A lawyer for Chatham-Kent confirmed that the municipality was served with the class action lawsuit on Tuesday, but did not comment on the allegations. HSE Integrated Ltd did not immediately respond to a request for comment.

The proposed lawsuit need to be certified by a judge to proceed, and the allegations haven’t been argued or proven in court.

This report by The Canadian Press was first published Nov. 23, 2022.