What are the next steps in Israel’s controversial judicial reforms? – Israel News 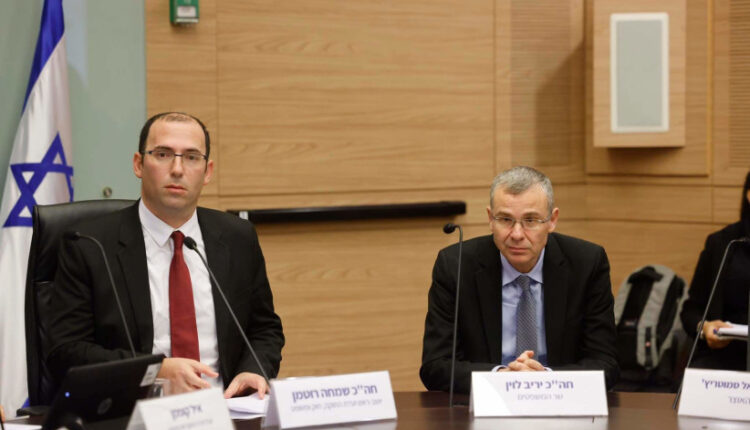 Despite the public criticism and battle throughout the legislative process, Justice Minister Yariv Levin said on Wednesday that he was “determined to push through” his controversial reform of the judicial system.

Levin’s comment came during a special Knesset Constitution, Law and Justice Committee session on Wednesday morning, in which he and committee chairman MK Simcha Rothman (Religious Zionist Party) announced the beginning of the legislative process.

The reform includes a clause enabling the High Court Chief Justice and Deputy Chief Justice to be appointed even if he or she was not a High Court judge, according to the full text of Levin’s law proposal, which was published on Wednesday evening.

Although most of the reform’s provisions were already known, the full proposal included some that were not. In addition to the imposition of “external” appointments, the chief justice will be limited to a seven-year term. The chief justice decides which judges will hear which cases; therefore how she or he will be appointed, – by the current mechanism the most senior justice receives the position – is significant.

In addition, a majority of 12 out of 15 members will be needed to cancel laws passed by the Knesset, which may reenact a canceled law, so the law cannot be blocked twice (the “Override Clause”). Justices will be prohibited from hearing appeals against Basic Laws; the makeup of the Judicial Appointments Committee will change and will include 11 members, seven of whom will either belong to or be direct appointments of the coalition; a simple majority, meaning six votes, will be enough to appoint a judge; and no judges at any level will be able to cancel a government decision based on it being “unreasonable.”

Though the controversial reform includes a list of essential changes to the appointment, authority and operation of the High Court, until Wednesday evening Levin did not actually release the exact proposal to the public.

The proposal was released in full only after Knesset members from the opposition harshly criticized Levin and Rothman for launching the debates without actually publishing its content. The MKs sent a letter to Rothman and to Knesset Speaker MK Amir Ohana, declaring that they would “not accept futile theoretical debates in the committee without receiving the proposal.”

“This is not reasonable, as the Knesset is not an academic institution that holds theoretical debates. Holding a theoretical debate and hearing relevant officials does not replace the central debate regarding the law’s formulation, including all of its details, the difficulties that arise from it and the Knesset’s ability to do its work.”

“This is not reasonable, as the Knesset is not an academic institution that holds theoretical debates. Holding a theoretical debate and hearing relevant officials does not replace the central debate regarding the law’s formulation, including all of its details, the difficulties that arise from it and the Knesset’s ability to do its work.”

Rothman began Wednesday morning’s committee meeting by stating that “We’re returning justice to the judicial system,” describing the system as one of the most important and fundamental elements of Jewish history and identity.

“The committee will invite all the experts,” Rothman explained. “The heads of the judiciary, past and present, the former justice ministers, the past legal advisers, and also the attorney-general, and anyone who has information or ideas to contribute to the work process and the fundamental issues at hand. Everyone will be heard, calmly and in depth, and will be asked to give their opinion on the questions and issues that will be presented to them by the committee members. When we decide that the time is ripe to move towards formulas and solutions, we will do so, but only after the discussion is exhausted.”

MKs from all parties were invited to take part in the deliberations, said Rothman.

“We will discuss with everyone,” he said. “We will issue a justice system for the citizens of the State of Israel, a judicial system that can win the trust of the public, a justice system to be proud of.”

The presentation of the plan saw intense backlash at the committee, with those present, including MK Ofer Cassif, shouting down Rothman and attacking the reforms.

“This is a discussion with a loaded gun,” shouted one Knesset member.

“It’s not Jewish enough, it’s not Zionist enough,” said another criticizing Rothman’s assessment of the current state of the system.

The microphones of those interrupting were shut down, which caused further anger.

Rothman attempted to restore order, but the MKs were eventually ejected from the room.

“When the Knesset legislates, the government governs, and the courts judge – the public’s trust in all government authorities will increase and strengthen,” Rothman said.

The reform plan has seen the eruption of protests outside the Knesset as well. On Friday, the Darkenu movement held a demonstration in front of the justice minister’s house. On Saturday, around 30,000 people, including a large contingent from a coalition of left-wing organizations, marched through Tel Aviv. Organizers pledged to continue the protest this coming Saturday.

Levin denounced the rhetoric used regarding the plan by former justices and other officials. The judicial reform was first announced by him last Wednesday.

What is in the judicial reform?

The judicial reform was first announced by Justice Minister Yariv Levin last Wednesday, and includes several items discussed during the 2022 general election campaign that will restrict the power of the High Court of Justice and give new powers to the Knesset.

RZP presented a detailed plan in the weeks leading up to the November 1 election to reform the judicial system. The plan called “Law and Justice,” was even broader than Levin’s plan, and included additional controversial clauses such as canceling the crime of “ breach of trust,” for which Prime Minister Benjamin Netanyahu is currently standing trial.

However, the Likud did not present a similar plan before the election, nor did it say whether or not it agreed with RZP’s plan. In addition, the coalition agreements between the Likud and its partners only includes a general clause that says that the reforms are the coalition’s first priority – without going into detail about what exactly the reforms were going to be.

Therefore, the claim that the “nation wanted these reforms” was false, Labor MK Gilad Kariv and Yesh Atid MK Karine Elharrar argued, since many of the Likud’s one million voters did not necessarily support it.

Netanyahu dismissed criticism of the new government’s planned judicial reform, telling people to “calm down: the state will not be destroyed, democracy will not be destroyed, the essence of democracy beyond the balance between the three authorities and of course majority rule is respect for individual rights.”The essence of democracy is that debates, including the one we are debating today, are done not with bullets or with shells, but are decided at the polling stations and by votes.