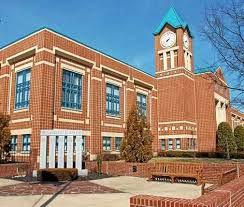 The meeting started 30 minutes late due to an executive session held behind closed doors that Borough Council President Michael Stefano said was partly due to discussion of Wednesday’s action. Council is allowed to meet in the shade when discussing personnel matters.

Two contenders from a field of eight faced off against each other.

Councilman Bernie Flynn made a motion for Buckley Brion to serve as solicitor. Councilman Brian McGinnis then amended that motion to appoint Bellwoar Kelly LLP.

On that first vote concerning whether to select Bellwoar, three members of the seven member council—McGinnis, Lisa Dorsey and Nick Allen—supported Bellwoar.

As one of the deciding votes in a razor thin margin, when asked to vote on the McGinnis amendment to pick Bellwoar, Vaccaro hesitated for several seconds, apparently while making a decision. After the long delay, she then smiled and voted, along with three other councilmembers, to tip the scales in favor of law firm Buckley Brion. Bellwoar was then apparently out of the running.

The final 5-2 vote to pick Brion as borough solicitor was anticlimactic. Flynn, Vaccaro, Allen (who switched allegiances), McCoy and Stefano voted for the status quo and to retain Buckley Brion. McGinnis and Dorsey voted “No.”

“I think the vote was indicative of the difficulty in choice to maintain some continuity of institutional knowledge and expertise, with a desire for change and new perspective,” McCoy said. “For the time being I felt the former is more important, but I’m hopeful that the signal for change was evident.”

Dorsey was in the minority.

“Majority rules on the direction the borough will go,” she stated.

“I’m just disappointed that we didn’t make a change,” he said. “Buckley Brion has not provided adequate legal representation for the borough and their prices are going up.”

Eight law firms submitted requests for proposals to the borough. Bellwoar Kelly and Buckley Brion are both located in the borough.

Both firms listed their rate as $195/hr. Bellwoar Kelly would have charged $215/hour for select litigation and land development and Buckley Brion will charge $85/hour for a paralegal.

“We take it as a compliment that the vote was so close,” reads the release. “We thank the Borough and the Borough Council for their open minded and thoughtful approach to the process.”