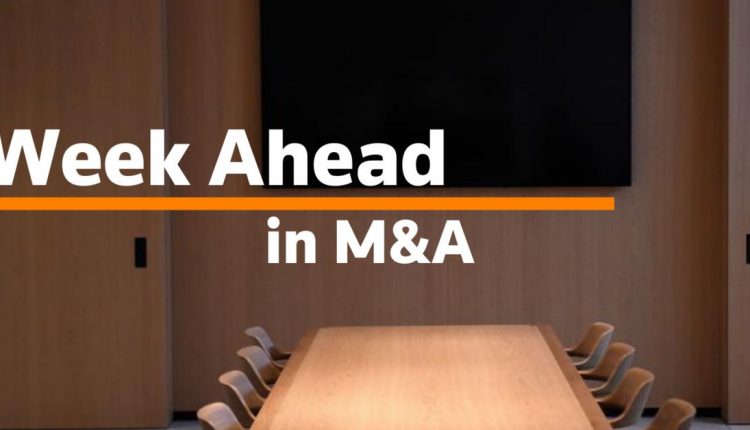 (Reuters) – Here are some upcoming events of interest to the M&A legal community.

1:30 p.m. – GCI Liberty Inc shareholders, led by Mark Lebovitch of Bernstein Litowitz Berger & Grossmann, will ask Vice Chancellor Sam Glasscock to approve a $ 110 million settlement advising the telecommunications company’s board of directors of the allegations exempted from having concluded an allegedly “illegal and unfair” one. Merger with Liberty Broadband.

1:30 p.m. – Katapult Group Inc will request U.S. District Judge Phyllis Hamilton in Oakland, Calif. To enforce arbitration on claims accusing the lease-to-owner payment company of failing to adhere to an advisory agreement after the company agreed to a $ 1 billion blank – consider merger. Former advisor Andrew Weinstein sued the company for allegedly refusing to buy Katapult shares, as set out in the agreement. Katapult says the agreement provides for arbitration of the claims.

The case is Weinstein v Katapult Group Inc, US District Court for the Northern District of California, No. 4: 21-cv-05175. For Weinstein: Christian Carbone from Loeb & Loeb. For catapult: Michael Hynes from DLA Piper.

2:00 pm – The New York State Bar Association will host a webinar entitled “Introduction to Distressed Business M&A in Bankruptcy – Bankruptcy Code 363 Sales” to train attorneys new or unfamiliar with the bankruptcy practice of these transactions. For further information, click here.