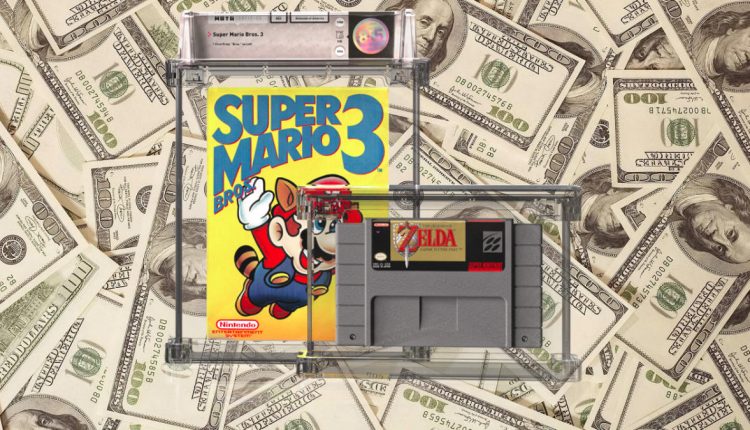 Over the last few years, retro video game enthusiasts have seen prices for older games skyrocket. However, some believe that those prices have been artificially inflated by the grading company Wata Games and Heritage Auctions. A class-action lawsuit has been filed against Wata in the Central District of California by plaintiffs that paid for the company’s services. The lawsuit is based on reports that Wata and Heritage Auctions colluded to manipulate retro game values, over-hyping increasing values ​​and failing to disclose the fact that Jim Halperin, the co-founder of Heritage Auctions, sits on Wata’s advisory board.

In a filing obtained by Video Games Chronicle, Wata is accused of “engaging in affirmative acts to manipulate the retro video game market, engaging in unfair business practices, engaging in false advertising, making false statements about the turnaround times for grading services and failing to disclose material delays to customers.”

At the crux of the accusation is the fact that Wata charges customers a higher percentage for grading based on the game’s market value. As such, Wata benefits when a game’s value increases. In 2019, a Wata-graded copy of Super Mario Bros. for the NES sold for $100,150, breaking a previously-set record for the most expensive game ever sold; in 2017, a similar copy of the game sold for about $30k. However, Wata failed to mention in any of its press releases about the sale that one of the three buyers was Halperin, who sits on the company’s advisory board.

The lawsuit also points to a 2019 episode of Pawn Stars, in which one of the three buyers, Richard Lecce, brought that same copy of Super Mario Bros. to try selling it for $1 million. Host Rick Harrison balked at that number, stating that he thought “Mario hit him on the head with a pipe wrench,” but consulted Wata CEO Deniz Khan before making a final decision. In the segment, Khan valued the game at $300,000, significantly more than the three men had paid earlier in the year. At no point in the episode did Khan or Lecce indicate any connection or relationship, and the game’s value could have been perceived as much greater to the general public following that segment.

“Tellingly, no deal to purchase the game was made by the pawn shop,” the lawsuit reads. “However, the visibility and alleged value of the game had been successfully inflated to the public.”

What do you think of the class-action lawsuit? Have you been surprised by the rise in retro game prices? Let us know in the comments or share your thoughts directly on Twitter at @Marcdachamp to talk all things gaming!