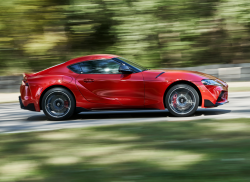 
The owner of the Maryland Toyota Supra said it had waited more than six months for repairs due to BMW parts.

July 31, 2021 – A Toyota class action lawsuit claims attempting to have a Supra repaired in Maryland is miserable due to the waiting time for repairs.

That’s supposedly because when Toyota brought back the Supra in 2019, the chassis, transmissions, and engines were all from BMW.

Toyota manufactured the Supra from 1978 until the car ceased production in 2002, then Toyota reintroduced the Supra in 2019 and several recalls have been made since then.

Typically, however, these recalls are announced by BMW due to the components used in the Toyota Supra.

The Toyota class action lawsuit involves Maryland Supra customers and was filed by Maryland plaintiff Mitchell Bazzano, who claims he has not used his Supra in more than six months.

“The plaintiff brought his Supra to the dealer for maintenance and / or repair or asked about him, he was informed of delays of more than six months in the return or vehicle during the time in which the Supra was not serviced or repaired.” – Toyota Supra class action lawsuit

The plaintiff says Supra customers cannot count on reasonable waiting times because the Toyota dealers who sold or leased the cars lack the equipment and parts to repair the cars. The class action lawsuit also alleges that Toyota technicians may not even be generally familiar with the BMW engines and transmissions.

According to the plaintiff, he knows that all cars can have problems because of the thousands of parts that have to work together, but he expects a company that sells cars to repair and service those vehicles within a reasonable time.

The Toyota class action lawsuit alleges that there were excessive delays in repairs prior to the coronavirus outbreak, leaving Supra customers without their cars for long periods of time.

Toyota is allegedly guilty of false and misleading advertising when the automaker promises lessees and buyers that problems will be resolved within a reasonable time.

The plaintiff is represented by Sheehan & Associates, PC