Thousands of people have tested positive for COVID-19 in Oregon’s prisons. This man hopes to lead them in a class-action lawsuit. 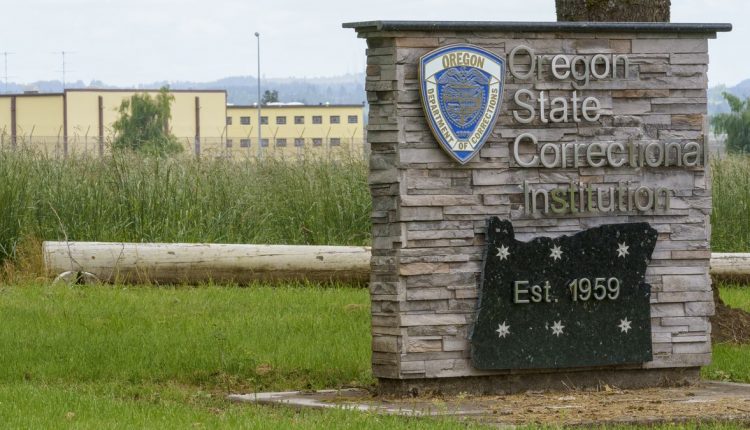 Your browser does not support the audio element.

Attorney Juan Chavez’s legal career focuses on gaining justice for people who’ve been injured by systems that are supposed to help keep us safe. As project director for the Civil Rights Project and a prison and police accountability lawyer with the Oregon Justice Resource Center, he’s won six-figure settlements in wrongful death lawsuits against the Portland Police Bureau.

His next case could potentially be worth millions of dollars for people incarcerated in Oregon and their families.

Last year, a report from the Prison Policy Initiative found that the COVID-19 mortality rate for incarcerated Oregonians was five times higher than it was for the state’s general population. Since the beginning of the pandemic, 45 people in the custody of the Oregon Department of Corrections (DOC) have died after testing positive for COVID-19. Another 5,000 people have tested positive for the virus while in custody.

Last week, a federal judge approved a class-action lawsuit over the state’s response to the pandemic inside Oregon’s prisons. Chavez is one of the attorneys representing the prisoners in that lawsuit. He recently spoke with OPB Weekend Edition host John Notarianni about the case.

John Notarianni: This lawsuit initially began way back in April of 2020, actually. That’s when a group of people who contracted COVID-19 in custody decided to sue the state. What were they alleging?

That became an immediate concern given what prisons are: these folks can’t leave. They’re not going to be able to be distant from one another, they can’t stay at their homes, they can’t limit their exposure to other folks. So, a few of these folks, all of whom had some pre-existing condition that would make them medically vulnerable to COVID-19, decided that they needed to act now and get the protections ordered by a federal court so that they could be safe .

Notarianni: Broadly speaking, how has the Oregon Department of Corrections response to this pandemic stacked up against what’s been happening in other states?

Chavez: The Oregon Department of Corrections, during the height of the pandemic in the winter of 2020 into 2021, was one of the worst states for [COVID-19 related] deaths and transmissions across the country. I think we were, at its height, the third-worst per capita on death. And so, a lot of folks were suffering, and it was just not being abated. We brought an injunction that we were hoping the court would order the department of corrections to institute some measure of social distancing, masking rules, and other protections that we knew folks needed. Unfortunately, the court rejected that motion for an injunction, and that’s why we filed the damage class action in addition to this.

Notarianni: Yeah, and there are a number of criteria that need to be met for a class-action suit to be able to go forward. US Magistrate Judge Stacie Beckerman issued a ruling just about a week ago, on April 1st, and said that it has a green light; that this class action suit can go forward. What was she looking to establish in order to permit this lawsuit to move ahead?

Chavez: Well, the biggest question in every class action is whether everybody’s more or less in the same boat, in terms of what kind of claims can they bring and what kind of defenses the defendants will use. In this case, we were very particular with who it is that we were suing and what it is that we were saying what the problem. We sued the top-level officials for DOC, and we sued them because they did indeed have a heavy hand in how it is that the pandemic response was managed in DOC. They weren’t shy about saying that on a number of occasions. The problem started at the top; if the problem started at the top, it affected everybody downwards. So, the only way that this case could be properly managed would be through a class action. Otherwise, the courts would also be facing 5,000 separate lawsuits.

Notarianni: What could this lawsuit eventually mean for the plaintiffs: those thousands of Oregonians who contracted COVID-19 while they were incarcerated and for the families of people who died in state custody?

Chavez: You know, this is a remarkable thing to say after two years, but it might be too early to tell, to be honest. It’s probably the biggest unknown right now, whether or not the state will seek an appeal on this. Most cases can’t be appealed until the case is entirely done, but there are some rules that could allow the state to try to seek an appeal. If this is appealed, then that puts things on pause for a very long time, more than likely.

Notarianni: Well, even with all of those unknowns in place, legal experts are saying this could be a first-of-its-kind class-action suit. So, putting aside what we know right now, looking towards a hypothetical future, do you have a sense of what implications this could have nationwide?

Chavez: I think what courts have done in the past, and what certainly departments of corrections across the country have done, is the strategy of divide and conquer amongst prisoners themselves. There’s a federal law called the Prison Litigation Reform Act that Congress passed in the nineties, during the ‘tough on crime’ period. That was solely focused on diminishing the ability for prisoners to bring lawsuits, and it was definitely effective. But, I think more importantly, what it did was discourage prisoners from asserting their rights. What I think this class action does is give the power back to the people who are being harmed, which is prisoners in this context. So, if in the future there are these mass harms that are caused by administrators in departments of corrections, this could be a big game-changer.