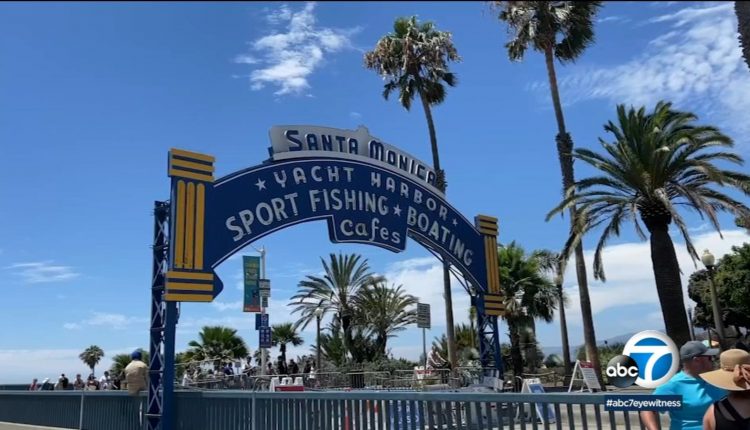 SANTA MONICA, Calif. (KABC) — Jorge Luis Cruz is a Santa Monica business owner who operates a fleet of licensed fruit carts. But running his business there has become very costly.

Cases like his are why attorneys filed a class-action lawsuit accusing the city of Santa Monica, its police chief, and All City Tow Service of illegally towing and impounding the vehicles of unlicensed drivers.

The suit also claims they are arbitrarily imposing a 30-day impound fee they describe as unjustified. “We’ve never seen a city charge even an extra fee to a release fee. That fee is $1,200. That’s theft as far as I’m concerned,” said attorney Cynthia Anderson-Barker.

Attorneys said the food street vendor representing the class in the lawsuit unsuccessfully tried to request that his brother — a licensed driver — pick up his truck when he was pulled over a broken rear taillight. He has since been denied the opportunity to recover it as fees accrue, attorneys said. Cruz said while he had a driver’s license, one vehicle driven by his employee without a license was towed.

“The law says you can ask a licensed driver to come and get your car,” said Anderson-Barker. “Santa Monica will not follow the law.”

The lawsuit seeks that a federal court orders a stop to these reported practices. Lawyers said officers are targeting street vendors and often stop them without probable cause. “If they lose their cars, they lose their job, they lose their ability to put food on the tables for their children,” said attorney Humberto Guizar.

The lawsuit also draws attention to reports of harassment. Cruz said that while vendors are permitted, they are unreasonably targeted and cited. Others said officers mock and intimidated them.

“They’re supposedly saying that they’re too close to the pier, that they’re not 25 feet away from the pathway, or they’re standing more than three minutes on the same spot or certain things like that,” said Cruz of the citations. “The start from $100 and rapidly go up to $500 and never go down,” he said.

The City of Santa Monica said it cannot provide details on the pending litigation and added that “both the city and its police department are committed to values ​​of accountability, equity, inclusion and safety to protect and support communities of color.”

All City Tow Service told Eyewitness News “We cannot and will not respond to ongoing litigation; it’s a matter of the courts to make that determination.”

“I just want to work peacefully. Because this is my job. This is where I provide money for my kids, to pay my rent ,” Cruz said.