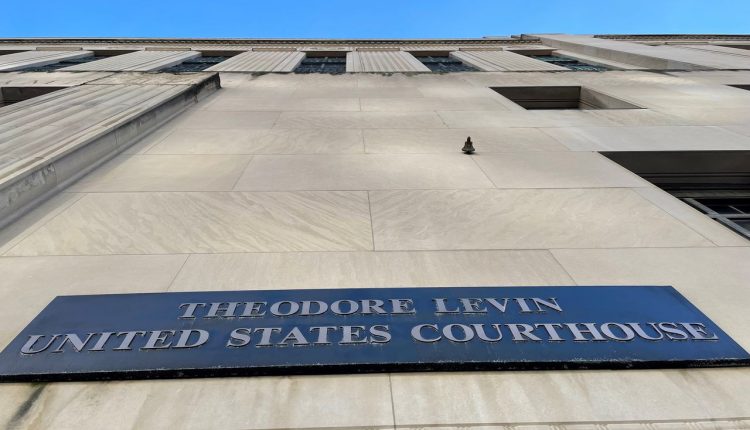 “While the processing and possible payment of benefits have taken longer than traditionally occurs, any delays were unintentional and a result of circumstances beyond defendants’ control,” Michigan Assistant Attorneys General Shannon Husband and Debbie Taylor wrote in a Nov. 14 motion to dismiss.

Five people sued the agency in the US District Court of Eastern Michigan alleging it froze payments for thousands of workers during the COVID-19 pandemic while failing to provide a way to appeal.

The lawsuit says workers were then left “without a lifeline” facing “financially dire situations” as Michigan unemployment hit nearly 23% in April 2020.

The September lawsuit filed by David Blanchard of Ann Arbor-based Blanchard & Walker claims the state violated a “well-established right” by halting unemployment benefits or reversing eligibility without an appeals process. In doing so, the agency allegedly denied Michigan workers due process.

State attorneys disagreed, claiming “state-created benefits,” or unemployment, are not “fundamental rights” protected by due process. And with the agency facing a flood of claims during the pandemic, it is “understandable that claims processing” was delayed.

“(The plaintiffs’) claim fails where there is no deadline for completing hearings and where individual factors must be considered regarding any delays that occur,” the court filing said.

One plaintiff, Diana Boudrie, received benefits for 19 weeks after being furloughed in April 2020 from a company that provided cooking demonstrations at Costco stores. After her eligibility was reversed, the lawsuit says Boudrie filed a protest but the agency still demanded $9,440 back.

State attorneys disputed this: The agency did not collect any money and there was a path for Boudrie to remedy the issue.

“Thus, she has not been denied due process regarding inadvertent collection over a 4-month period,” the motion claims.

But the motion argues these state workers are protected by sovereign immunity, meaning the constitution “bars suits in federal courts against a state, its agencies and officials sued in their official capacities.”

They are also entitled to qualified immunity, attorneys argue.

The 1967 legal doctrine shields government officials from liability for civil damages. This provision has gained attention in recent years for protecting law enforcement officers from lawsuits, prompting activists to call for an end to qualified immunity.

In this case, the motion says plaintiffs must prove the agency violated a “clearly established” constitutional right to overcome qualified immunity.

“Given the lack of evidence that defendants were aware of a clearly established or particularized right for prompt payment, prompt adjudication by a specific deadline, or inadvertent collection, coupled with the unique and extraordinary consequences of the COVID-19 pandemic, under these circumstances, that would violate a clearly established right, defendants are entitled to qualified immunity,” attorneys wrote.

The lawsuit is seeking class status, an injunction, monetary damages for plaintiffs and a “common fund” to repay people who paid back their benefits. If granted, a court order would require the Michigan agency to pay benefits quickly, stop freezing benefits without due process, create a procedure for collecting overpayments and remove all stop payment labels until appeals can be considered.

US District Judge Mark A. Goldsmith will consider the motion.

This is the second-class-action lawsuit brought against the Michigan Unemployment Insurance Agency for its handling of pandemic benefits.

The first, also filed by Blanchard, alleges the state unlawfully demanded thousands of dollars in benefits be paid back. While the case is still pending, the Michigan Court of Claims ordered the agency to halt collection efforts for people appealing an overpayment.