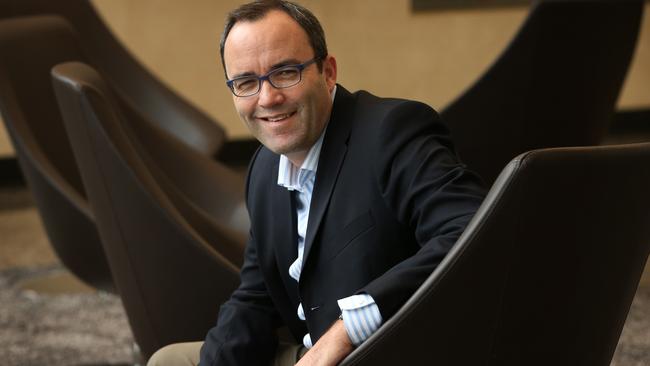 The CEO of SHINE Corporate has resigned and its founder is back in charge. This marks the end of a troubled year for the Brisbane law firm in which its shares have been lost.

Courtney Petersen, CEO of SHINE Corporate, has resigned, ending a troubled year for the Brisbane law firm that saw its stocks fall and profits cut in half.

After their departure, founders Simon Morrison and Stephen Roche will take on key roles in the company, which is faced with increasing competition and falling fees in the energy and resource sectors.

Mr. Morrison will return to the position of Managing Director which he held until August while Mr. Roche served as an advisor to senior executives.

Ms. Petersen, who joined the company in April 2015, oversaw the demise of Shine, which has grown from a single office in Toowoomba to a national company with over 700 employees. The stock ended the last trading day of 2016 on Friday at 74.5¢, by more than 60 percent in the past 12 months.

Shine reported a 43 percent decline in full year earnings to $ 25 million as more provisions were made for unclosed cases and bad debts. Many of the personal injury cases Shine treats are possible on a no-profit, no-fee basis, which means the company will not collect money for several years.

Earlier this month, the company announced that its energy and resource businesses had been “well below average” for the year to date, with a potentially $ 5 million impact.

The departure of Ms. Petersen is the most recent management reorganization at Shine, with CFO Daniel Wilkie being renewed for health reasons and veteran attorney Jim Holding stepping down as chief legal officer earlier this month.

Shine Chairman Tony Bellas thanked Ms. Petersen for her contributions, adding that he was “pleased to see the return of the company’s founders to guide it through the next phase of its growth.” Ms. Petersen previously held positions at Aurizon, Queensland Rail, Telstra and Tabcorp.

Mr. Morrison, who has been with Shine since 1988 and is the company’s largest shareholder with 25 percent, has seen the value of his stakes fall more than half from $ 83 million at the beginning of the year to around $ 32 million.

Shine’s issues reflect the growing challenges facing the legal sector, particularly in the personal injury area, which is subject to regulatory changes. The rival company Slater and Gordon is the subject of a class action lawsuit by aggrieved shareholders.

Shine, listed on the stock exchange in 2013, has begun acquiring smaller law firms in recent years. However, this has been criticized by analysts as it involves buying cheap assets rather than growing a company organically.