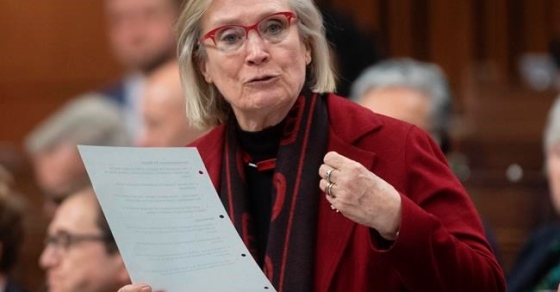 OTTAWA – Diena Jules was just seven when she was forced to attend Kamloops Residential School, but she was considered one of the lucky ones because she had to go home every night.

She can’t remember being so lucky. In fact, she calls this time the “dark age” of her life.

Jules attended school during her first five years as a student and an additional year as an assistant doctor as a “day student”.

During this time, she was physically and verbally abused by priests, the Catholic brothers and nuns who ran the school, and other students because they were jealous of keeping their hair long and wearing their own clothes.

She still remembers calling her traditional spirituality “devil worship” and systematically trying to take away her language and culture by force.

“They called me a pagan and a ‘stupid Indian’ and told me to get whiter,” said Jules.

“I have separated from my family and community. I have lost the language, my cultural pride and my own identity.”

Jules is one of several agents in a class action lawsuit against the federal government involving hundreds of First Nations nationals who did not receive boarding school compensation.

The 2015 notarized lawsuit was filed by indigenous students called day scholars who visited the infamous Indian housing facilities but returned to their homes at night.

On Wednesday, Jules and other class action lawyers participated in a joint announcement with Ottawa in which they said the parties had signed a proposed settlement agreement.

It would result in the survivors each receiving $ 10,000 in compensation – an amount that would go to the estates and descendants of those who did not live long enough to make that settlement a reality.

Ottawa also pledges to invest $ 50 million in a Day Scholars Revitalization Fund that aims to rebuild language, culture and community among First Nations whose children have been forced to attend schools by Canadian authorities.

Day Scholars were excluded from the 2006 Indian Residential School Settlement Agreement, which reimbursed students $ 10,000 for the first year of residential school, followed by $ 3,000 per year.

All students who were physically or sexually abused in schools, regardless of their status, were entitled to compensation based on a separate legal agreement.

But the day students were not compensated for the “shared experience” of going to school, as were the resident students.

“They were not given a safe place to learn and grow. Instead, they were stripped of their culture, language and traditional knowledge,” said Carolyn Bennett, Minister for Relations between the Crown and Native Americans.

“Although today’s announcement came too late for many survivors, the settlement will ensure that their estate and descendants can access compensation on their behalf.”

The proposed settlement has yet to be approved by federal court to ensure that it is fair and equitable for the parties. This hearing will take place on September 27th.

“It’s been a really long, long process. Fourteen years. It wasn’t easy. Every time we go to court it seems like I’m living and releasing the same trauma I suffered as a kid,” she said .

The survivors were recently presented with two options by their attorneys: go back to court or accept the Ottawa settlement offer that was on the table. Given that a number of day scientist survivors have died in the past few years since work on the lawsuit began, the decision was made to settle, Gilbert said.

“Those federal prosecutors, boy, they’re really trying to rip you apart right. And we had to be strong and stand up to them, and we did a good job,” she said.

The class action lawsuit sought damages for three different groups of people harmed by the residential facilities: former day students, their descendants, and bands affected by members who attended dormitories as day students.

In order to expedite compensation for aging survivors and their offspring, the parties have agreed to separate the claims of the band class.

An official apology for survivors of scientists, their families and their communities, which has also long been called for, is still being worked on, Bennettt said

This report from The Canadian Press was first published on June 9, 2021.

SHAREHOLDER ACTION ALERT: The Schall Law Firm Reminds Investors of a Class Action Lawsuit Against AcelRx Pharmaceuticals, Inc. and Encourages Investors with Losses in Excess of $100,000 to Contact the Firm