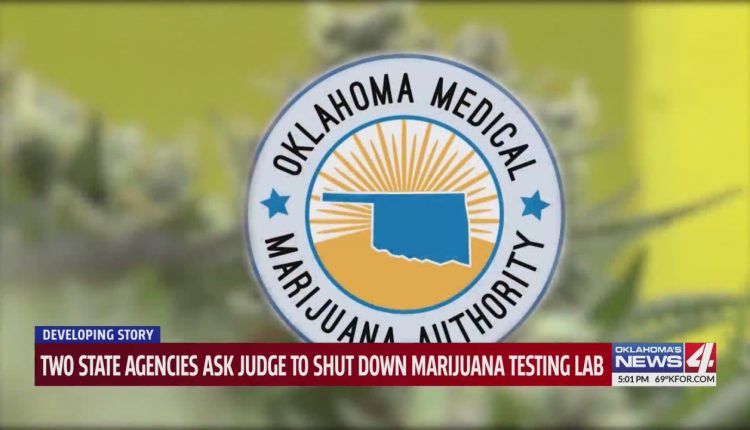 A judge issued an injunction. Now Metrc tries to intervene.

The company filed a motion to intervene in the case and set aside the injunction.

A hearing is scheduled for June 1st.

“We stepped in to defend ourselves,” said David Urbanowicz, director of foreign affairs at Metrc.

The attorney, who represents 10,000 cannabis companies across the state, said the move wasn’t necessary.

“We do not believe Metrc has any interest in this case. Our position and our case relate to the fact that the state agency, Oklahoma Department of Health and OMMA failed to do their job in passing regulations,” said Ronald Durbin with Viridian Legal Services said.

“Metrc is actually named in the lawsuit, but interestingly, we’re not involved in the lawsuit, and this obviously affects our company and our employees, and most importantly, our work with Oklahoma,” said Urbanowicz.

Durbin argues that Metrc would create a monopoly and that many pharmacies are already doing their own tracking of seed sales, which means tracking a plant from cultivation to consumer.

Metrc says they are not a monopoly and their system would make it easier for regulators.

“The whole idea behind Metrc is to make things more efficient,” said Urbanowicz.

Durbin says using Metrc won’t fix illegal activity in the industry and that agencies will need to do more inspections which will help SB 1033 passage.

“It opens the door for OMMA to conclude memorandums of understanding on dangerous drugs with the Oklahoma Bureau of Narcotics to facilitate enforcement,” he said.

The implementation of Metrc is currently on hold.

“We are very confident that we can receive our application and intervene, and then comes the next step, which will be our eviction request,” said Urbanowicz.

The OMMA says they are not commenting on any pending lawsuits.

A hearing will be held on June 1st to see if Metrc can intervene.

A hearing will be held on June 29th to decide what to do with the restraining order.

The Klein Law Firm Reminds Investors of a Lead Plaintiff Deadline of December 13,…