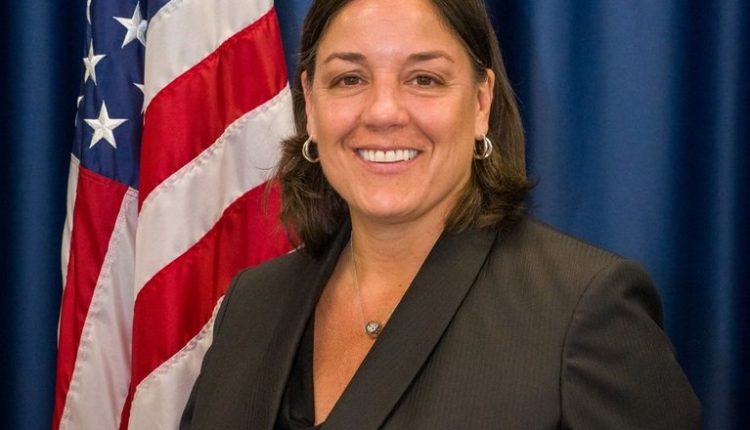 Jacqueline Romero, fresh off being sworn in as the US Attorney for the Eastern District of Pennsylvania, has installed a team of veteran prosecutors to comprise her leadership team and is sticking with several Big Law alumni to continue leading her civil division.

“This seasoned leadership team of career public servants will bring to bear an extraordinary breadth and depth of experience and judgment to meet the threats our communities face. Whether addressing gun violence, the flow of fentanyl, opioids and other dangerous drugs, domestic and international terrorism, ruinous financial fraud and schemes, corrupt officials or the exploitation of our vulnerable communities, each member of this team has dedicated their professional life to seeking and doing justice with integrity and impartiality,” Romero said in a press release. “Always seeking to do the right thing, the right way and for the right reasons, they will continue to vigorously and tirelessly work together to protect our communities and to seek justice for victims.”

The announcement came late Tuesday, hours after Judge Juan Sanchez, chief judge of the Eastern District of Pennsylvania, swore Romero into her new role. Romero, a longtime veteran of the office, is the first Hispanic woman and first member of the LGBTQ community to lead the Eastern District US Attorney’s Office.

As first assistant, Romero selected Nelson Thayer, who has been at the Justice Department’s Civil Rights Division since 1993, where he investigated and tried hate crimes and law enforcement brutality cases across the country. Thayer, who earned his JD from the University of Pennsylvania Law School, also served as deputy US attorney in the New Jersey US Attorney’s Office.

Gregory David will also continue his role as chief of the civil division, which he has led since 2018. Before joining the office worked as a litigator at the prominent Philadelphia firm of Hangley Aronchick Segal Pudlin & Schiller. Two Big Law alumni are set to support David in this role, according to the press release.

Richard Barrett is set to take over as chief of the criminal division. Barrett joined the office in 1990, where he since served numerous supervisory positions. Before joining the office, he also spent five years at the Philadelphia District Attorney’s Office. Assisting Barrett are Thomas Perricone, who will serve as deputy chief of the criminal division for narcotics and violent crime, and Christine Sykes, who will be chief deputy of the white collar crimes division.

Romero, a New Jersey native, has been with the Eastern District for more than 16 years and was selected to lead the office in April. The US Senate confirmed Romero to the leadership position in an unanimous vote June 13.

“I am deeply honored to serve as the US attorney for the Eastern District of Pennsylvania, and I am humbled by the opportunity to lead an office in which I have worked for so many years,” Romero said in a separate press release issued shortly after she was sworn in Tuesday. “I look forward to continuing to work with the dedicated men and women in the Justice Department, and those in law enforcement agencies at state and local levels, in pursuit of our shared values ​​of protecting Americans’ civil rights, public safety and the rule of law.”