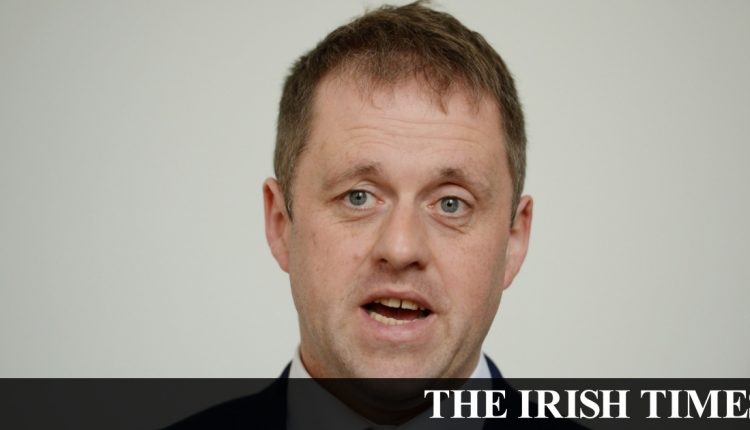 The state’s proposed new rule on the appointment of judges was defended by Minister of State Thomas Byrne, who responded to concerns raised by the European Commission in a recent report.

State Department official Mr Byrne said at a seminar that the Commission’s concerns about the proposed changes “overlooked a number of key factors”.

In the report released in July, the Commission said that the Irish judicial system is characterized by a high level of perceived independence.

A new bill aimed to reform the system for appointing and promoting judges and address certain previous concerns, it said.

“However, the reform would still leave the government a wide margin of discretion,” the report said.

This was because there would be no ranking of the candidate list that would be sent to the government for consideration by the proposed Appointment Commission.

In addition, the report says, the government is not bound by the list of proposed candidates it receives from the appellate body.

Commenting on a seminar organized by the Irish Council for Civil Liberties, Mr Byrne said he believed the concerns set out in the report overlooked a number of factors, including the fact that the government’s constitution required discretion in appointing judges.

The new law will require the government to first consider the five names the commission recommends for appointment, he said.

“The report criticizes the fact that the recommended candidates are not ranked and the government is not bound by the list,” said Byrne.

“These are points that will undoubtedly continue to be discussed in the legislative debate, but it should be noted that the Commission’s decisions will be made public.”

The new law requires that anyone wishing to be considered for appointment to a judicial office, including incumbent judges, must apply to the commission, he added.

“This important move is in response to previously expressed concerns about the government’s discretion over the further promotion of incumbent judges and the lack of a formal process for doing so. This step ensures the independence of the entire judicial appointment process. “

In his remarks, Mr Byrne also referred to the report’s remarks on the relatively low number of judges in Ireland compared to other EU Member States.

“From today’s perspective, due to the lack of judges and of course the delays caused by the pandemic, cases are not being heard in a timely manner,” he said.

If the citizens’ right to be heard and to decide within a reasonable period of time is to be respected, additional resources must be deployed and additional judges appointed.

“This is a matter that this government takes seriously,” he said.

The coalition recently appointed a number of new judges, but senior members of the judiciary said the additions were insufficient to meet existing requirements.

Byrne said a task force charged with examining the number and types of judges required should report to the attorney general by the second quarter of next year.

Speaking to the seminar, Prof. Gavin Barrett of the UCD Sutherland School of Law said that threats to the rule of law, minor or major, “exist in pretty much every member state”. In Hungary and Poland a “true rule of law crisis” developed for the European Union, he said.

Are Mergers and Acquisitions the Cure for Shrinking Hospital Margins?

ANALYSIS: Break Down Barriers to Legal Tech Usage With Training