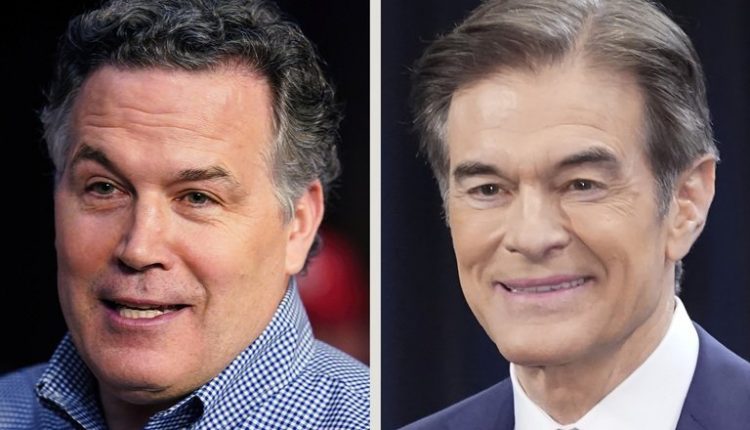 Nearly a week after Pennsylvania voters cast ballots in the primary election, Republican US Senate hopefuls David McCormick and Mehmet Oz are heading for an expected recount, and they’ve called on law firms that are familiar from the last tight election in the commonwealth.

As of May 23, with all but 1% of the vote tallied by state officials, McCormick stands at 31.14% of all votes tallied, trailing Oz with 31.22%. By law, a difference of half a percentage point or less would trigger a recount.

Oz’s lead could be in for a shake-up after a Third Circuit panel, ruling May 20 in response to a 2021 state judicial election, found that election officials should count several hundred mail-in ballots that were submitted without a date on their mailing envelopes . Lawyers for the McCormick campaign are expected to file a complaint in the Commonwealth Court to enforce the court’s ruling.

“David McCormick has been a formidable opponent, but it is becoming obvious that he is likely going to come up short to Dr. Mehmet Oz,” Oz campaign manager Casey Contres said in a statement May 21.

“Unfortunately, the McCormick legal team is following the Democrats’ playbook, a tactic that could have long-term harmful consequences for elections in the commonwealth of Pennsylvania,” Contres said.

Personnel inside the McCormick campaign confirmed the candidate hired Chuck Cooper to lead the campaign’s legal efforts with a team of 100 lawyers and 200 volunteers throughout the commonwealth. Cooper was lead litigator for Rick Scott’s 2018 recount in Florida and recently won Sen. Ted Cruz’s campaign finance case before the Supreme Court.

Cooper did not respond to a request for comment Monday.

Ron Hicks, co-chair of the election law practice group at Porter Wright, has been recruited for the recount effort under the direction of Cooper, according to a source inside the campaign. Hicks and Porter Wright had previously been the subject of significant public scrutiny after joining lawsuits on behalf of former President Donald Trump in Pennsylvania following the November 2020 presidential election,

Hicks did not respond to a request for comment Monday.

Jessica Furst Johnson and Jason Torchinsky, partners at Holtzman Vogel Baran Torchinsky & Josefiak, have served the McCormick campaign as counsel throughout the process, a campaign source said. Johnson and Torchinsky did not immediately respond to requests for comment Monday.

On the Oz side, Jones Day and Shohin Vance, an associate with Philadelphia-based Kleinbard, are serving as legal counsel to the celebrity physician’s Senate bid.

Like Porter Wright, Jones Day also drew fire for his own role in 2020 post-election litigation in Pennsylvania, forcing the PR-shy firm to emphasize that it was not representing Trump but rather the Pennsylvania Republican Party.

A Jones Day spokesperson did not respond to requests for comment, but Federal Election Commission filings show that the firm has received $131,750 from the Oz campaign in the months prior to the election.

Vance said he’s been retained as counsel for the Oz campaign, “representing him in general legal strategy in different parts of the state.”

In an interview Monday, Vance said the Third Circuit’s ruling “unequivocally” has no impact on Oz’s campaign prospects. He said municipalities should understand that the ballots lacking dates should not be counted and that Oz’s marginal lead should stand.

“I think we’re in a good position and I think when it’s all said and done we’ll retain the position we’re in right now which is the winning position,” Vance said.

Not every Republican in the commonwealth is happy with the infighting within their party.

Former Republican Senate rival George Bochetto, a Philadelphia-based trial lawyer who received 1.07% of the vote, called the legal battles between the Oz and McCormick campaigns “unfortunate” because “it will add a further cloud on the certainty of the results” and allow Democratic candidate John Fetterman a head start in the general election.

“It will make it very difficult to get started against the true opponent, which is the Democrats,” Bochetto said. “We are completely a-flutter based upon what’s going on with mail-in balloting.”

“None of us know if it’s going to be McCormick or Oz,” Bochetto said. “They’re still, in a sense, fighting each other rather than focusing on how to overcome John Fetterman. That’s where the attention needs to go. … Now both candidates are spending a lot on poll watchers, lawyers and consultants and everything else.”

A $63 million settlement has been reached in a class action lawsuit about the data breaches of the U.S. Office of Personnel Management and its security contractor