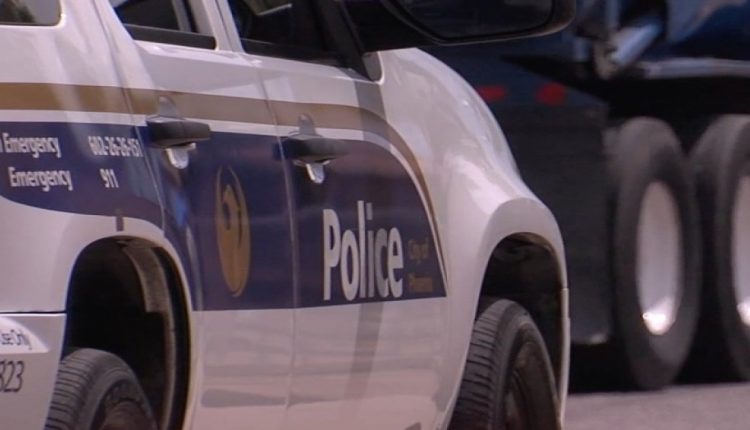 PHOENIX – A rally of protesters has filed a class action lawsuit against the city of Phoenix after officials copied and pasted over 120 people en masse arresting more than 120 people with statements about the probable cause during a demonstration last May.

The federal lawsuit was filed in the Arizona District Court and specifically names Chief Jeri Williams and other key police officers as defendants.

“It’s consistent with what I see when I come across a community with high levels of racism,” said Billy Murphy Jr., a prominent Baltimore civil rights attorney who works with local lawyers on the case. “Any degree of racism is unbearable. But the higher the level of racism, the more you have to fight it. “

On May 30, 2020, Phoenix police arrested 124 people downtown and posted them all in jail with the same general explanation of the probable cause.

The statement did not contain any information about the specific defendants, their names or the specific allegations against them.

The judges dropped the cases when the defendants first appeared because they did not have sufficient evidence.

The mass arrests came as protests continued to rise in the days following the murder of George Floyd and the murder of Dion Johnson on May 25.

Maxima Gurrero, a well-known local activist, was one of the people arrested that night.

She believes the department’s intention was to quell future protests.

“Anyway, don’t get out of here because that’s how (officials) will treat you and instill this fear,” Gurrero told ABC15.

The City of Phoenix released an initial statement emailed to ABC15 in response to news of the class action lawsuit.

“The city is committed to the safety and constitutionally protected rights of all residents and visitors. When the city is served with the complaint and given the opportunity to examine the allegations in detail, it will provide an appropriate response in accordance with the Code of Civil Procedure which governs all federal civil actions. In addition, the city hired 21CP Solutions to conduct an independent review of the Phoenix Police’s policies and procedures in connection with public demonstrations. “

At that time, ABC15 questioned Chief Williams about the issue after the arrests.

“There is always concern when there are no fees. But at the end of the day I know my officers were working under justice and trying to protect public safety because our number one priority is safety, “Williams said. “So you’re talking about pulling people out of cars. These cars were used to attach and give guns and knives. [Williams stopped and corrected herself as she didn’t mean to say guns and knives] Stones and bottles, water, food for those absolutely there to commit crimes. “

Defense attorneys said these allegations were false and “trumped”.

In protest cases throughout 2020, ABC15 found that Phoenix police officers and Maricopa County prosecutors routinely exaggerated and lied about the circumstances.

In one notorious example, officials falsely claimed that a group of demonstrators was a street criminal gang.

The copy-and-paste class action lawsuit is the first of likely several large-scale civil cases against the City of Phoenix and the Maricopa County Prosecutor for their protest reaction and prosecution.

The Phoenix Police Department is currently embroiled in an ongoing class action lawsuit for handling a protest following a rally downtown for President Donald Trump in August 2017.

In that lawsuit, lawyers found evidence that members of the Phoenix Protest Response Team celebrated the shooting of a protester in the groin with challenge coins linguistically linked to hate speech.