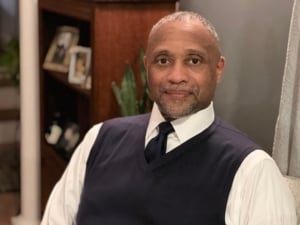 If approved by the Legislature, Lawrence would be the first black justice on the Maine law court.

The governor’s nominations have been passed along to the state Legislature’s Judiciary Committee. The committee is expected to hold a public hearing on the nominations before voting them out of committee for ratification by the Maine Senate.

Robinson, 51, disclosed publicly last week that he hadn’t planned to seek reelection as District Attorney for the central and western Maine tri-county area.

His second four-year term in that job is due to end in December.

Robinson, who lives in Farmington with his wife and three children, has been a prosecutor in central Maine since 1999.

Before his election in 2014, Robinson had served for two years in the post as deputy district attorney under then-District Attorney Norm Croteau.

In a Sun Journal story published last week, Robinson said he was “very excited” for the future and that he’d “reached a point in my professional life where I feel like I have done all of the amazing things that I wanted to accomplish as a district attorney.”

Deputy District Attorney Andrew Matulis said of Robinson’s appointment: “For more than a decade, I have had the honor of serving the people of this community with District Attorney Andy Robinson. Like Norm Croteau before him, Andy has worked tirelessly to ensure that all people are treated fairly, justly, and with respect. I can think of no better person to be nominated for a judgeship. From everyone at the DA’s Office, thank you for being an amazing leader, mentor, and friend.”

If confirmed by the Maine Senate, Lawrence, who has served on the District Court for nearly 22 years, would be the first black Maine Supreme Judicial Court Justice.

“Judge Lawrence’s extensive legal experience, measured temperament, strong intellect, and proven commitment to upholding the law and administering justice impartially make him an exceptional candidate for the Maine Supreme Judicial Court,” Gov. Mills said in a written statement released Monday. “I am honored to nominate him and believe his service on our highest court will greatly benefit the people of Maine.”

Since 2000, Lawrence has presided primarily in courts within Androscoggin, Oxford, and Franklin counties, and he also serves as the deputy chief judge of the Maine District Court.

Lawrence was first nominated to the Maine District Court by former Gov. Angus King and was renominated by former governors John Baldacci and Paul LePage before he was again nominated by Mills.

“I am deeply honored by Gov. Mills’ nomination to serve on the Maine Supreme Judicial Court, a nomination that comes with formidable responsibility and unparalleled opportunity to serve the people of our great state,” Lawrence said.

Lawrence also served as chairman of the Judicial Branch Advisory Committee on Children & Families, which was charged with creating a guardian ad litem program for Maine. And he served as a member of the Access and Visitation Advisory Committee and the Limited English Proficiency Committee, which helps formulate the Maine Judicial Branch’s policy on interpretive services and supports. He also was an adjunct professor at the University of Maine School of Law.

Prior to his appointment to the District Court, Lawrence worked as an attorney and vice president and managing counsel at Unum and as an associate at Pierce Atwood law firm.

Lawrence, 66, graduated from Harvard Law School and received his undergraduate degree from Yale. He lives in Portland with his wife and has two adult children.

If confirmed, Lawrence will replace Associate Justice Ellen Gorman, who announced her intention to retire in January 2021. Gorman has served on the court since 2007.

Lawrence is Mills’ fourth nomination to the Maine Supreme Judicial Court since taking office. Chief Justice Valerie Stanfill was nominated by Mills in May 2021, while Associate Justices Catherine Connors and Andrew Horton were nominated by the governor in January 2020. Mills also renominated Associate Justice Andrew Mead in May 2021. All were unanimously confirmed by the Legislature.

Judges serve for seven years after their appointment. To continue to serve on the court, they must be reappointed by the governor and reconfirmed by the Maine Senate.

Please check your email to confirm and complete your registration.

Use the form below to reset your password. When you’ve submitted your account email, we will send an email with a reset code.

Bane or boon, massive cruise ships will return to Maine this year