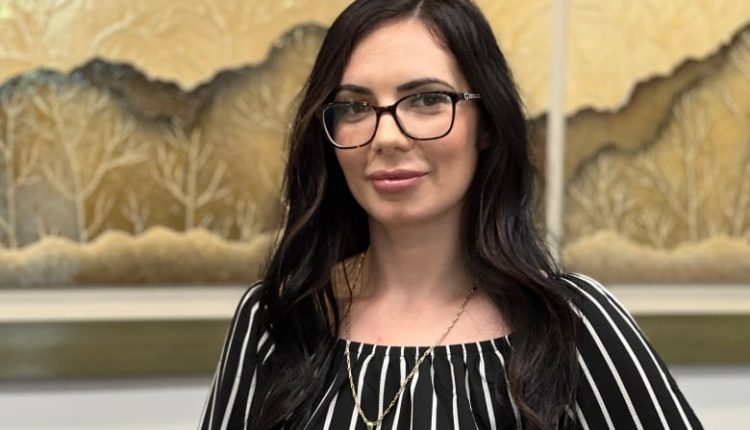 A proposed class-action lawsuit recently filed in Nova Scotia could see some former inmates seeking compensation for a prison practice that’s been performed on federal prisoners for years, but which will soon be illegal in Canada.

The practice is called “dry celling.” It is a type of confinement that critics have described as more restrictive and less regulated than solitary confinement. Dry cells are used when guards suspect an inmate of having swallowed contraband or hidden it in a body cavity.

“It was humiliating. It was degrading,” said Macquel Weatherbee, one of the lead plaintiffs in the suit filed Wednesday, about her experience.

There is no running water or places with privacy in the dry cell and the lights are always on. Inmates are watched by guards through a window and monitored by security cameras, even while using a toilet that doesn’t flush. The expectation is that the prisoner will expel the contraband in their waste.

Two Correctional Investigators of Canada have called for the practice to be limited to a maximum of 72 hours.

And in a groundbreaking court case last year, former inmate Lisa Adams and her lawyers successfully argued if the practice is used to find contraband in a vagina, that discriminates against women and people with vaginas as they may be detained longer.

Following the decision in the Adams case, Weatherbee and another plaintiff from Nova Scotia came forward to co-lead a class action for damages.

Weatherbee said that in 2017 she was an inmate at Nova Institution for Women in Truro, NS, when guards placed her in a dry cell on suspicion she had pills in her vagina. She said she had hidden cigarettes there for her own use and as a tool to negotiate with other inmates.

Weatherbee was placed in the dry cell under 24/7 observation.

Weatherbee, of Truro, NS, is seeking damages for being confined in a dry cell in a federal prison. (Mark Crosby/CBC)

“You don’t know what time it is. You feel like an animal in a cage. You don’t have anything,” she said.

At the end of five days, Weatherbee said she admitted to the institution’s warden that she had cigarettes. Two female guards took her to a shower, watched her strip and instructed her to take out the package.

“They asked me to lay on my back and spread my legs,” Weatherbee said. “I wouldn’t do it. I said no.”

“Even though, yes, we were in prison for crimes we committed, humans still do not deserve to be treated like that. Prison is supposed to be about rehabilitation, and there’s no way a person can rehabilitate from that.”

Weatherbee completed her three-year sentence in 2018, which was connected to a conviction for armed robbery, possession of a weapon for a dangerous purpose, and disguise with intent for covering her face.

“There was drugs involved. There was alcohol involved. I was a lot younger,” Weatherbee said in an interview in June. Since being released from prison she has had a daughter, and she also has two older children. She has completed a course in esthetics and started a nail salon. 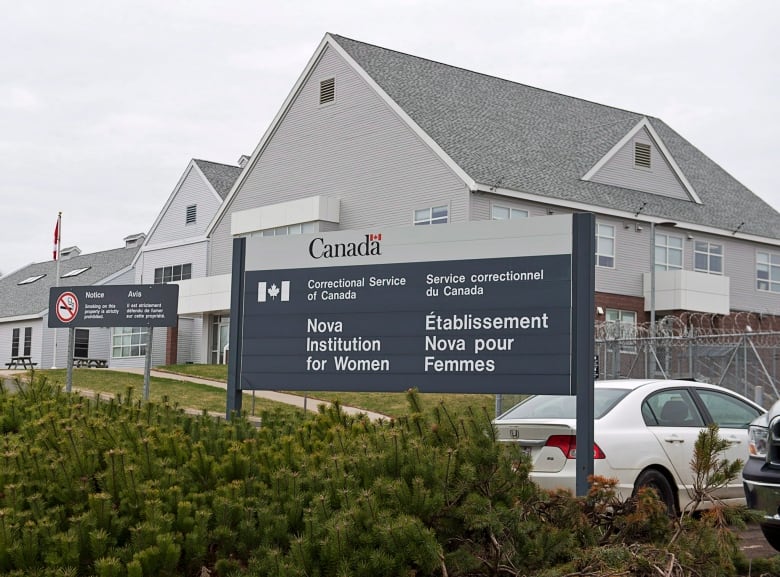 The Nova Institution for Women is seen in Truro, NS, on May 6, 2014. Weatherbee says she was held in a dry cell in the institution in 2017. (Andrew Vaughan/The Canadian Press)

Through therapy, Weatherbee said, she’s started to process these events — and she believes there should be alternatives to dry celling, such as body scanners or X-rays. She says she asked for an X-ray but was told it was too expensive.

In a decision last year, a Nova Scotia Supreme Court judge ruled this type of dry celling is unconstitutional and discriminates on the basis of sex, giving the federal government until May 2022 to come up with a new law.

Justice John Keith noted that while dry cell detention is not an “appropriate response to suspected contraband carried in a vagina,” his decision should not be interpreted to mean that carrying contraband is “suddenly permissible.”

“Carrying contraband in a vagina represents a very serious threat to security, health, and safety within a prison; and it remains an offense under the CCRA [Corrections and Conditional Release Act],” he wrote in his decision issued in November 2021.

In court documents, Weatherbee and the other plaintiffs said they’re seeking damages for a breach of their charter rights as the judge outlined in the Adams decision. The plaintiffs’ statements have not yet been tested in court.

The Correctional Service of Canada responded that it will take time to review the claim and will respond “in due course through the appropriate channels.” It did not provide any comment on the specific allegations Weatherbee raised.

It has not yet had time to file a statement of defense in response to the lawsuit’s allegations. The proposed class action must still be certified by a judge in order to proceed.

Weatherbee and the other representative plaintiff Sarah Johnson are being represented by a coalition of lawyers from the Elizabeth Fry Society and a private law firm called Valent Legal, funded by a private charitable foundation called Northpine. 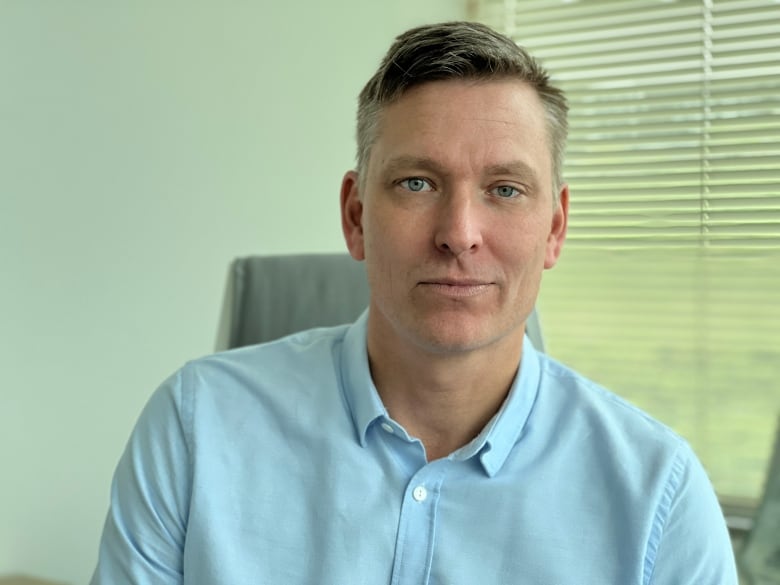 Dull says that if a judge found one person’s charter rights were infringed, the decision applies to many of those placed in a dry cell. (Mark Crosby/CBC)

Adams, who brought the original case that ruled dry celling violated charter rights, said she’s excited to see others challenge the practice through the lawsuit.

“I’m glad that other women who may have had similar experiences to me can get their voices heard and be able to make a difference in their own life.” 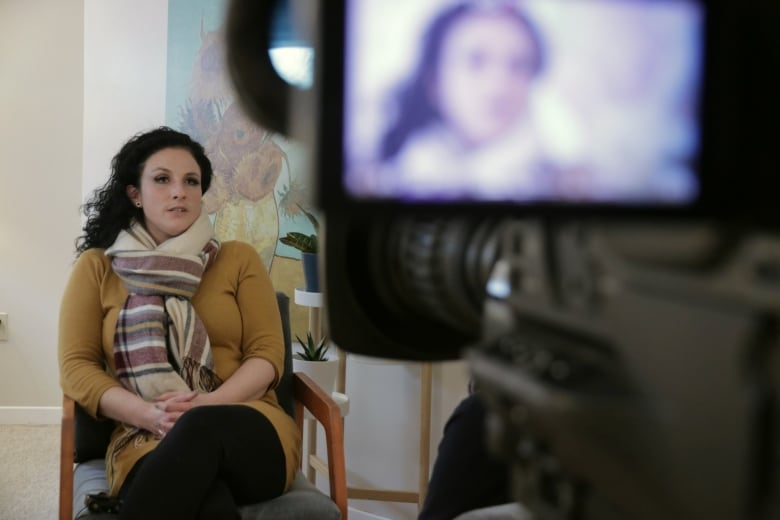 Lisa Adams reflects on her experiences in prison during a CBC interview in February 2021. (Steve Lawrence/CBC)

Dull said the team has already been in contact with “dozens” of people who have expressed interest in the suit.

In the federal budget presented in April, the government acknowledged that the Corrections and Conditional Release Act (CCRA) needs to be amended to bring it “into compliance with the Canadian Charter of Rights and Freedoms.”

In the government’s omnibus budget bill, which is in the final stages of becoming law, the government said it would amend the CCRA to prohibit federal prisons from putting inmates in dry cells if guards suspect the inmates have contraband in the vagina.

As of April 28, Correctional Service of Canada (CSC) said in a statement, the commissioner has directed staff that dry cells are no longer to be used for inmates believed to be carrying contraband anywhere other than in the digestive tract.

As well, CSC said body scan technology is permitted under the amendments to the legislation, and it is implementing a pilot project to use the scanners in its prisons.

The Canadian Association of Elizabeth Fry Societies has been lobbying the government on the issue of dry cells, said Emilie Coyle, the association’s executive director. 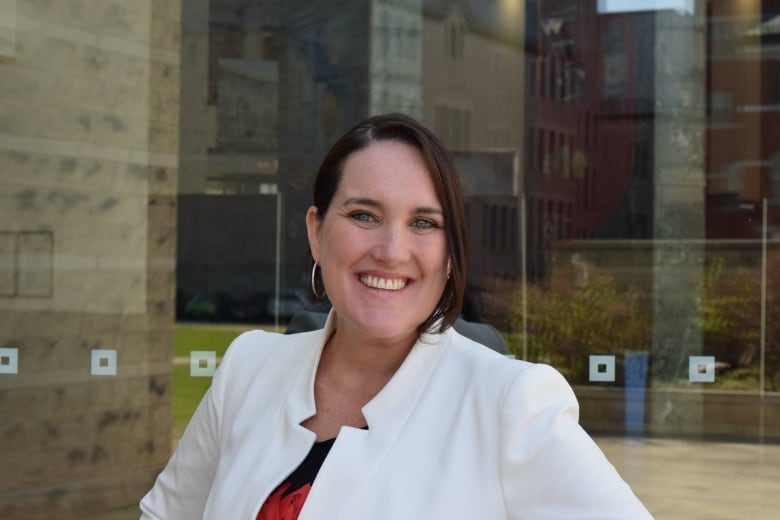 “When we delved deeper into the proposed amendments we saw that they were quite narrow, and so they didn’t go as far as we had hoped,” she said.

Coyle has been urging the government to make a further amendment that incorporates body scanners or X-rays and the kind of policies used to regulate solitary confinement. She said ultimately the association would like to see the practice of dry celling ended altogether.

Readers and Tweeters Weigh In on Medical Debt, the Obesity Epidemic, and Opioid Battles