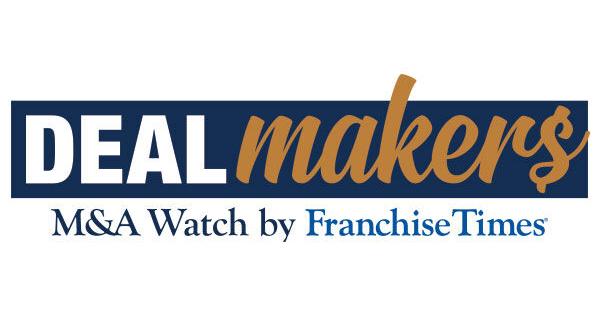 Princeton Equity Group made a strategic investment in Ellie Mental Health, an operator and franchisor of outpatient mental health clinics. Founded in 2015 by Erin Pash and Kyle Keller, Ellie has 20 clinics open and serves approximately 20,000 patients, and has more than 250 franchise locations in development across 26 states. Princeton’s investment will support the brand’s rapid growth across the US in both corporate and franchised clinics, and Pash and Keller will continue to lead the business. Princeton Equity Group won a 2022 Dealmakers Award for acquiring seven franchisors for $175 million total enterprise value since July 1, 2020, including D1 Training and Card My Yard. Look for more coverage about Ellie Mental Health in the June/July issue of Franchise Times Magazine.

Driven Brands expanded its auto glass offering in the US with its acquisition of All Star Glass. Founded by Sam Scharaga more than 40 years ago, All Star Glass is one of the largest family-owned auto glass companies in the US with more than 30 company-owned locations. This acquisition bolsters Driven’s existing North American footprint of more than 300 glass locations. Driven Brands won a 2022 Dealmakers Award for its record-setting initial public offering on January 14, 2021, with Roark Capital exiting. This allowed Driven to acquire its 100th car wash and also focus on the quick-lube business.

Lawrence Johnston, former CEO of Fortune 50 company Albertons Inc., inked a deal to acquire a majority stake in The Peach Cobbler Factory, a 10-unit dessert chain with more than 100 signed franchise agreements. Johnston will partner with Greg George, Peach Cobbler’s CEO, to accelerate franchise growth with the goal of bringing the concept to “millions of people across America and beyond,” Johnston said in a release. Juan and Tamira Edgerton created The Peach Cobbler Factory in 2013 and partnered with George in July 2021. Since then, the company has signed franchise agreements for more than 100 locations in 15 states. The Edgertons have dived their interest in the company to Johnston as a part of the transaction, but they will remain advisers and franchisees. Terms of the acquisition were not disclosed.