President Biden is Quietly Making History With His Judicial Appointments 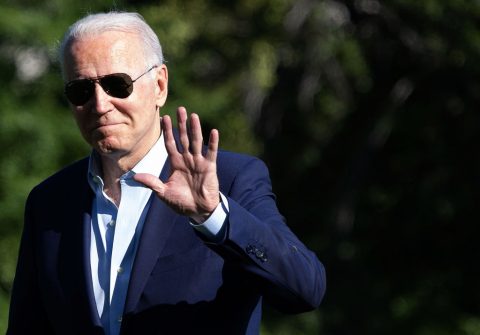 While President Joe Biden’s business agenda and suffrage law are being hampered by Republicans (along with any other piece of legislation the Democrats put in place), the Senate is still somehow working together to quietly help the president make history with his judiciary .

The Democratic-controlled panel voted 52-41 on Monday to confirm Gustavo Gelpi as judge on the Boston-based 1st year in office. Compared to its predecessors, this is a historic move.

Gelpi is President Biden’s eighth new judge with public defense experience. That’s as many as Donald Trump, Barack Obama, George W. Bush and Bill Clinton landed together in their early years, according to Chris Kang, chief adviser to Demand Justice, as quoted by NBC News.

As an example, President Obama has sustained five former public defenders for eight years before the appellate courts, according to the progressive justice group Demand Justice. President Biden achieved that in his first nine months.

Eighteen judges have now been confirmed as lifelong federal judges.

Biden / Schumer have the fastest legal start since the Kennedy administration. https://t.co/NQqlLR1p44

With the latest affirmation, President Biden surpasses every other president since Richard Nixon in affirming the district judges who have the final say in most federal cases – although legal experts suggest the pace will be difficult to maintain. Progressives have often complained about the tendency for presidents of both parties to prioritize corporate attorneys and prosecutors for federal judicial posts, arguing that the lack of diverse experience in the courts has created blind spots in the judicial system.

President Biden has made an excellent start with his judicial appointments. https://t.co/BIEKgAXuGh

But President Biden’s White House attorney Dana Remus has sought to correct this early on by making it clear that the president intends to change course and appoint more public defenders and civil rights attorneys.