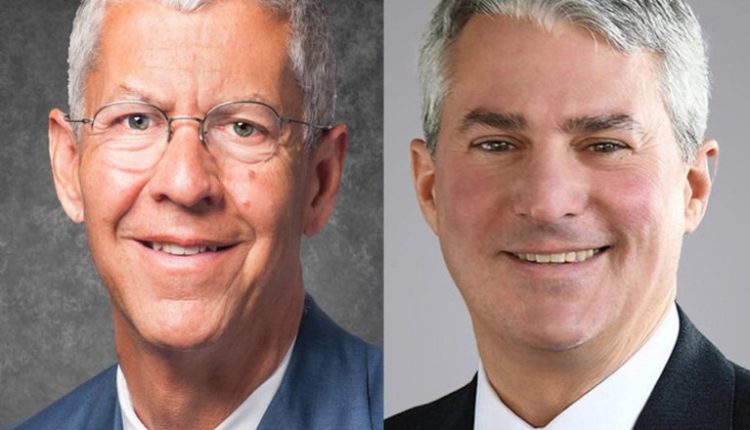 Many aspiring lawyers, motivated to pursue a law degree by ambitions of exacting justice for vulnerable parties, arrive at law school to discover the career paths presented there instead point them in the direction of Big Law’s corporate defense trenches.

Burdened by student loans, rising lawyers often find the base compensation of $215,000 at many Am Law 50 firms enough to convince them to join a 300-lawyer litigation practice where they defend the very corporate powers they vowed to challenge from the other side of the “ V.”

It is this mismatch between the idealistic ambitions of law students and the realities presented to them where some of the country’s leading plaintiffs firms see an opportunity to fuel their growth by disrupting the Big Law talent pipeline.

Plaintiffs firms’ pitch to law school students is they don’t have to give up on the crusader mindset that drove them to seek a JD in the first place, leaders at Kline & Specter, Seeger Weiss and Arnold & Itkin said in recent interviews .

“I think a lot of people share ideological sympathy with plaintiffs-side law. But as a law student and a young lawyer, it can be really hard to make the leap,” said Frazar Thomas, a Seeger Weiss associate who joined the firm in 2021 after working at Milbank Tweed.

“Especially if you go to certain schools, the easiest jobs to get in a lot of ways are Big Law jobs. There’s sort of this primrose path,” he continued. “With plaintiffs law, there are fewer brand names that you can go to.”

Plaintiffs-side litigation firms have historically held a diminished presence, if any, on law school campuses. It’s not worth the investment of time and money given their boutique size, steadier hiring cycle and focus on recruiting experienced trial lawyers, according to firm leaders interviewed for this story.

“That’s been unfortunate because, historically, plaintiffs firms have missed out on hiring some of the best and the brightest law students who have been utilizing on-campus interviewing as their method for finding employment,” said Shanin Specter, founding partner of Kline & Specter .

“It’s not lack of interest or lack of willingness to welcome plaintiff-side firms,” ​​Rebouche said. “That hasn’t been the standard model of recruiting for them and a lot of those relationships are built through networking or other opportunities.”

Rather, plaintiffs-side firms have relied on Big Law litigation practices or the local district attorney’s office as training grounds for their prospective recruits.

Many of the skills necessary for litigating class actions and toxic torts are difficult to find in inexperienced lawyers, and there often isn’t a clear path from law school to a gig as a first-year associate at a plaintiffs firm.

“It’s not the kind of model that would attract a first-year associate,” Rebouche said. “Law schools can do a better job of translating how to get to those opportunities. That’s what I want to do for Temple.”

As plaintiffs firms grow in scale and expand their areas of practice, leaders at some of the largest plaintiffs firms have started to look at ways of broadening their recruitment resources.

While the tried and tested strategy of capitalizing on the disenchantment of eighth- or ninth-year associates in Big Law is alive and well, many plaintiffs firm leaders are now asking “why should the Am Law 100 dominate the campus recruiting game?”

Instead of a formal summer associate program, plaintiffs boutiques have tended to recruit individual law school students who take the initiative of reaching out to a firm leader to ask if they can tag along in a case, said Specter and Seeger Weiss founding partner Stephen Weiss.

The firm leaders said this method has a self-selecting effect: those who are entrepreneurial enough to make contact on their own accord have a higher likelihood of possessing the mindset of a star trial lawyer.

A combination of factors has led to a growing number of law school students circumventing the on-campus interviewing process to reach out directly to plaintiffs firms, according to lawyers interviewed for this story.

For Weiss, it’s more access to information about what life’s like for associates in Big Law and a perception that smaller firms can offer better work-life balance than the mounting billable hour requirements of larger firms.

“A shift in career perspectives may have accelerated during the pandemic,” Weiss said. “Even students in their 20s and 30s have come to recognize that the traditional life of an associate is not quite the glory that had been painted for decades.”

Case in point, Specter, who serves as the faculty adviser for the Plaintiffs Law Association at University of California, Berkeley, School of Law, said he sends students clippings of Law.com stories to paint a portrait of Big Law as a precarious and unsatisfying entry point to the profession.

Whereas Big Law adds new associate classes each year to accommodate client demand, leaders at plaintiffs firms are in no rush, often requiring summer program participants to clerk elsewhere in the same summer before they are offered a full-time spot.

One such firm is Texas-based Arnold & Itkin, which has taken on 1Ls each year since launching a summer clerkship program in 2020. But rather than dominating the students’ summers, leaders at the firm said they limit participation to six weeks in one summer , requiring students to clerk elsewhere to ensure plaintiffs law is how they want to spend their careers.

“We feel we can quickly identify lawyers who are going to be good fit for our firm,” Kurt Arnold, the firm’s founding partner, said in an interview.

“We don’t have a limited number of spots. We’re just looking for the best talent,” Arnold said. ”We’re trying to invest in them so they’re off handling their own cases, handling their own dockets, whereas a big firm model relies on natural attrition.”

Not every plaintiffs firm can target law schools for recruitment as can 50-lawyer Kline & Specter and 32-lawyer Arnold & Itkin, whose range of services and size exceed most plaintiffs firms and therefore demand a more aggressive hiring cycle.

And the compensation differences between boutiques and Big Law continue to play a prohibitive role, despite efforts to make base compensation for first-years more comparable.

“Historically, plaintiffs firms pay lower base salaries,” Arnold said, pointing to their smaller practices. ”But they have potential to make it up with bonuses. We’re going to pay the highest in our regional markets. If you do great work, you can do much better.”

Thirty years ago, Arnold said it wasn’t uncommon for big firms to carry flat-rate dockets in which young lawyers would try cases at a fraction of what would be billed for a big-ticket case.

Because of rate and profitability pressures that have mounted in the years since, Arnold said it’s more common for modern-day Big Law associates to find themselves performing menial document review while their counterparts at plaintiffs firms are serving as first chair in a litigation.

Attorneys Believe in Legal Tech, Just Not the Tools They Currently Have