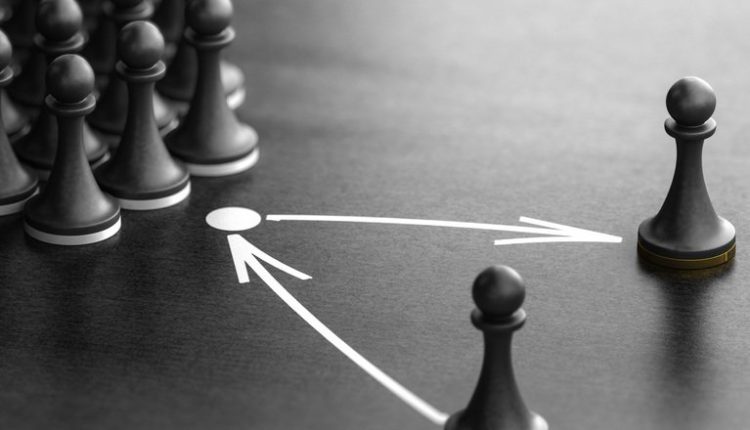 For years, staff and associates at McLaughlin & Lauricella had been asking the firm’s leadership to develop a transition plan in case one of them unexpectedly parted ways with the firm, according to founder and partner Paul Lauricella.

But Lauricella and partner Slade McLaughlin didn’t think it was necessary, carrying the same mindset that characterizes many small litigation practices—that any problems arising at the firm could be handled on the same “handshake basis” and mutual respect between the name partners that had governed the firm’s operations since they opened in 2011.

“Perhaps because we figured we were two old friends who had known each other for years, we thought ‘what could possibly go wrong?'” Lauricella said in an interview Tuesday. “My advice to anyone in this position is listen to your lawyers, listen to your accountants and get it in place. Otherwise, you have to figure out what to do on the fly.”

Lauricella said the handshake basis and mutual respect proved to be no substitute for a plan when one of the partners died, “especially so unexpectedly and with no preparation at all,” as he experienced this first-hand when McLaughlin died from a self-inflicted gunshot wound in April at the age of 65.

“Nobody plans for this; it was not even thought of or contemplated,” Lauricella said. “The implications for small firms are different from larger firms because smaller firms really do live and die on the basis of whose names are in the caption.”

The need for succession planning for the governance and client engagements of a small law firm has been a growing concern in the legal industry due to an aging generation of attorneys seeking retirement. An Arizona rule-change allowing non-lawyers to have ownership in law firms has also expanded the conversation about what’s possible but the prospect of private and public equity investment models taking hold elsewhere in the country remains highly speculative.

Because of these forces, Tim McKey, owner of Baton Rouge-based Vista Consulting who works with personal injury law firms in Philadelphia, said he’s seen a dramatic increase in demand for succession planning help in recent years.

“If all the value is tied to the guy’s name at the top of the billboard, and he dies or says I don’t want to be there anymore, then there’s no value left anymore,” McKey said in an interview Tuesday.

A Change in Approach

Lauricella said McLaughlin’s unexpected passing has forced him to be more selective with the cases his firm takes. Rather than take on 100 cases at once, Lauricella said he now looks for the half in which he believes he can provide the best client service.

“The real thing I’ve had to learn to do as a now-solo practitioner is to make sure I’m understanding the limits of a solo practice,” Lauricella said. “Instead of taking 100 cases, I can only take 50. You have to adapt to the realities of the situation.”

Lauricella was in charge of most of the medical malpractice cases when McLaughlin was alive, while McLaughlin focused on automobile cases, premises liability and other areas of personal injury. However, there weren’t many of McLaughlin’s cases Lauricella didn’t have involvement in, he said.

Because they practiced so jointly, Lauricella said “we’ve been in a better situation to handle the transition than maybe other firms would be where partners acted independently of each other.”

“Fortunately for me, we had systems and staff in place that really made the transition go smoother than I thought it would have been,” Lauricella said. “Part is because I handled the predominant number of medical malpractice cases and I’ve been able to delegate the other auto cases and less complex cases to the staff of attorneys.”

Firm leaders in the plaintiffs bar say it’s difficult to recruit a sufficient pipeline of viable candidates for succession in the most transient legal talent market they’ve seen in their careers. Lauricella was clear to say that although he believes he has the best associates in the city, “they’re off limits to other firms.”

Lawyer Michael van der Veen said an integral part of the succession strategy for his firm, van der Veen, Hartshorn & Levin, is to train up the business development acumen of associates so they can keep the business profitable when the time comes for van der Veen to pass on the reins to the next generation of leadership.

However, the same qualities van der Veen has nurtured in his associates are the very ones that make them so attractive to poaching or have ambitions to start their own practice.

“Although the transient nature of young associates is different than before, what’s always been true is that the best of the best often go out on their own,” van der Veen said. “That has always been a factor that you have to deal with when trying to get a reliable succession plan done.”

Jim Beasley Jr., managing member of personal injury shop The Beasley Firm, said his firm has gone through its fair share of succession hurdles, having existed longer than most plaintiffs personal injury firms in Philadelphia.

He said a plaintiffs firm should be structured such that junior lawyers are given a chance to stand out in a litigation, or as Beasley puts it, “everybody’s in a position to take the shot.”

“If you have a massive summary judgment brief in a product liability case, and the associate can’t even put their name on the brief—that’s the worst succession planning possible,” Beasley said.

“Succession planning isn’t going to stop people who want to start their own firm from leaving,” Beasley said. But he added that “as long as people feel like there is stability for the unknown and they’re getting benefits, financial and intangible, likely they’ll stay with you and want to continue that operation.”

The personal injury spin-offs have continued to produce more of their kind, most recently with Kila Baldwin, a Kline & Specter partner who branched off to start Baldwin Matzus with colleagues from the Pennsylvania Association of Justice. In an interview last week, Baldwin said it was time for her to no longer “live in the shadow” of her previous firm’s leaders, Tom Kline and Shanin Specter.

Asked to comment on their own succession plans in light of Baldwin’s departure, Kline and Specter issued a joint statement: “Kline & Specter has enjoyed remarkable and steady growth in its 28 years. All firms experience arrivals and departures, including Kline & Specter. And most firms transition leadership to the next generation of leaders at the appropriate time, which is our expectation as well.”

Although no one can replace Slade McLaughlin, Lauricella said he has brought in attorneys like Kevin Marciano, managing partner of Marciano & Macavoy, to handle his late partner’s cache of dram shop cases. Lauricella also said Kline & Specter’s Tom Kline has been “exceptionally helpful” in connecting him with expert witnesses.

As part of his plan to be more selective, Lauricella said he plans to continue to refer cases to other firms and bring in lawyers to help “shoulder the burden.”

Lauricella never anticipated having to operate a solo practice, but he said his goal now is to work through the glut of case work until he gets to a point where he can operate as one moving forward.

“It’s going to take working through the inventory until you get to the level where it’s workable for one person,” Lauricella said. “My goal has always been to get the work but I want to do the work right.”