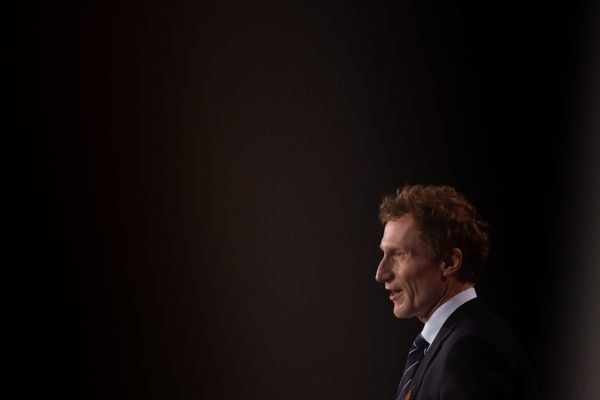 The federal government says it has come to a $2.8-billion agreement to settle a class-action lawsuit brought by two British Columbia First Nations related to the collective harms caused by residential schools.

At a Saturday morning news conference in Vancouver, Crown-Indigenous Affairs Minister Marc Miller said the government signed the deal with plaintiffs representing 325 nations that opted into the Gottfriedson Band suit.

“While settlements that are being announced like these today do not erase or make up for the past … what it can do is help address the collective harm caused by Canada’s past – a deeply colonial one – in the loss of language, the loss of culture and the loss of heritage,” said Mr. Miller.

The lawsuit originally involved three classes of complainants and focused on harms suffered by students who attended the schools only during the day, but in 2021 all parties agreed to concentrate initial settlement efforts on survivors and their descendants to ensure they would receive compensation in their lifetimes.

Saturday’s announcement marked the settlement for the band class of plaintiffs, which Mr. Miller called “unfinished business” from the 2021 settlement.

It marks the first time Canada is compensating bands and communities as a collective for harms related to residential schools, he said.

“Reconciliation isn’t free, this is a lot of money,” Mr. Miller said. “Is it enough? I think only time will tell, but we know there’s a heck of a lot more to do.”

Mr. Miller said the $2.8-billion for members of the band class will be put in an independent, not-for-profit trust. He said more terms of the settlement will be released in the next month.

Former shíshálh chief Garry Feschuk and former Tk’emlúps te Secwepemc chief Shane Gottfriedson launched the suit more than a decade ago seeking justice for day scholars who were abused while attending the schools but who were ineligible for the 2006 settlement for full-time students.

“Today, we are representing 325 Indigenous nations across Canada and have developed a settlement plan to allow for the nations to work towards the four pillars,” said Mr. Gottfriedson.

“This settlement that allows our Indigenous nations to control this process … we will manage and distribute the funds, we will provide it to all 325 nations in a fair and objective manner.”

Individual nations will decide which of the four pillars to focus on and will develop 10-year implementation plans.

“This has never been done,” Peter Grant, class council for the nations, said at the news conference. “This is where the government is saying, ‘You take care and you’re in charge of how you wish to start to repair the damage.’”

Grant explained that, after the first decade, another 10-year plan will be developed with the intention of ensuring all funds are dispersed after 20 years. A settlement approval will take place between Feb. 27 and March 1 before a federal court, followed by an appeal period before the funds are transferred to the trust.

How and when will the impasse over the top judicial appointments end?