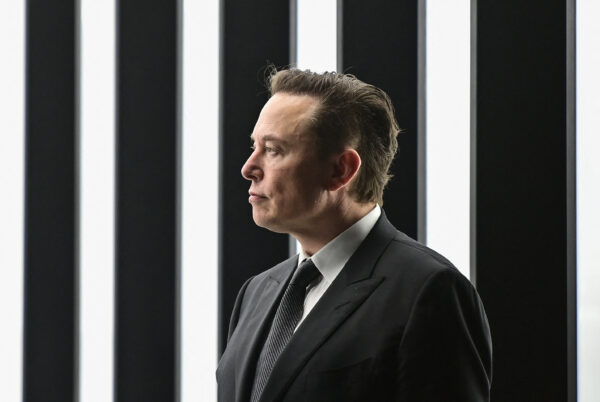 A lawsuit about a tweet that Elon Musk made years ago continues, concluding its fifth day on Tuesday.

Musk testified for roughly three more hours in a federal trial over a class-action lawsuit alleging he misled Tesla shareholders with a tweet from Aug. 7, 2018.

He defended himself against claims that he illegally manipulated Tesla’s stock price when he wrote on Twitter that he secured funding to take the company private at $420 per share.

Littleton is the lead plaintiff representing hundreds of other Tesla investors in the class action lawsuit against Musk.

However, in late 2018, when the plaintiff’s attorneys were competing for their client to represent the suit, then California District Court Judge Lucy Koh stated that Littleton “benefitted from [Musk’s] alleged fraud,” actually earning money from Aug. 7 to Aug. 17—the window in time allegedly affected by the tweet.

Overseeing the current trial is San Francisco-based Judge Edward Chen, who has already ruled that Musk’s tweet was false and concluded that Littleton is entitled to some payment, the size of the payout to be determined.

Chen appointed Littleton as the lead plaintiff after hearing from nine Tesla investors in late 2018, six of whom were investment firms.

Littleton is self-employed but is a veteran commodities and options trader with experience dating back to the 1980s. In 1984, he was fined by the Commodity Futures Trading Commission (CFTC) for “wash trading”—fake transactions to inflate an asset’s perceived trading activity. The trader’s license with the commission was also briefly suspended as a result.

During the month of Musk’s problematic tweet, Littleton personally traded over $10 million in Tesla derivatives volume with over 470 unique trades for the month, public court filings revealed. Several individual transactions exceeded $250,000 in value.

Despite being a self-proclaimed advocate for the billionaire entrepreneur, Littleton has alleged that the false tweet manipulated the market and his trading decisions. As the first witness to be called to stand, the independent trader stated last week that he viewed the “funding secured” tweet as “absolute,” Reuters reported.

However, emails between Littleton and his stockbroker reveal a different attitude. The correspondences were among several court documents made public on Monday.

“I don’t think there is a chance in hell that the other shareholders would agree to that price,” Littleton emailed his broker on the afternoon of Aug. 7, 2018, referring to Musk’s purported buyout price of $420. In his correspondence, Littleton mentioned “red flags” and cautioned that many believed the buyout “rumor” to be a “hoax.”

Tesla CEO Elon Musk is pictured as he attends the start of the production at Tesla’s “Gigafactory” in Gruenheide, southeast of Berlin, on March 22, 2022. (Patrick Pleul/Pool/AFP via Getty Images)

‘Public statement by a CEO’

Still, compensation may be justified, says a managing partner at BHZ Capital Management Yaron Brook. Speaking to the Epoch Times, Brook said the important question is not whether Littleton believed Musk’s tweet, but instead, “did [Littleton] act differently because of this tweet?”

“He made the change as a consequence of the tweet and the uncertainty this tweet created,” Brook argued.

“This is a public statement by a CEO of a publicly traded company… I don’t think this is a case of the court system going nuts. I think this is quite reasonable.”

Peter Schiff, founder and chief economist at Euro Pacific Asset Management, disagrees that Musk should be liable to Tesla traders.

“I think that anyone who bought Tesla based on that tweet was speculating,” Schiff told the Epoch Times. “I don’t think Musk should have to cover those losses. They come with the territory.”

Schiff added that insider trading claims may be applicable but would require proof that Musk himself was trading Tesla stock around the time of the tweet.

Brook acknowledged that Littleton would need to prove that he did indeed incur damages to deserve a settlement, a matter that was in dispute during pre-trial hearings in 2018.

“Even if he lost money in all of his transactions, this amount was reduced by his Class Period sales when the prices were inflated,” the judge continued. “Class Period” refers to Aug. 7 through to Aug. 17, 2018.

At the time, other attorneys vying for their client to be lead plaintiff argued the same, saying Littleton’s gains were misrepresented as they included pre-tweet transactions.

Source: Screenshot of a table from a court filing showing Glen Littleton’s earnings in 2018.

Koh was in favor of the class action suit but did not recommend Littleton for lead plaintiff.

Presiding Judge Edward Chen did not find the arguments uncompelling and chose Littleton for the position nonetheless.

Prior to the conclusion of the trial, the jury will be asked to undergo complicated financial calculations, including determining the degree to which Tesla’s stock price was artificially inflated by Musk’s tweet, as well as retroactively computing the implied volatility changes for various options contracts during the affected period.

Tesla stock did rally 11 percent on the day of the tweet but moderated two days later to just 3.1 percent above pre-tweet levels. It then fell even further, down 10.7 percent for the period in question, a span during which the tech-centric Nasdaq Composite index increased by 1.2 percent.

This is not the first legal backlash Musk has faced as a result of the tweet. The billionaire paid $40 million to the Securities and Exchange Commission in September of 2018 in a dispute regarding the same tweet.

Glen Littleton did not respond to a request for comment.