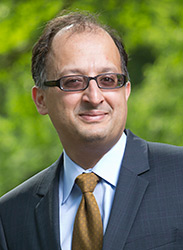 * The Sixth Circuit, which sits en banc (and rather fragmented), decides that the ban on gun possession in the area of ​​mental health could violate the second amendment. [How Appealing]

* Ashurst remains in the doldrums, with five partners (including two office managers) leaving within 24 hours. [Ashurst]

* In other UK lawyer news, Freshfields is replacing “Dear Sir or Madam” in all communications and legal documents with gender neutral salutations. [The Lawyer via Big Law Business]

* More exciting news for Bancroft: recognition for the pro bono work partners promise to continue after they move to Kirkland. [Law360]

* Paging Parents Who Left Davis Polk to Raise Their Children: Here’s a program that will bring you back to Biglaw. [Law.com via ABA Journal]

David Lat is the founder and executive editor of Above the Law and the author of Supreme Ambitions: A Novel. You can connect with David on Twitter (@DavidLat), LinkedIn and Facebook and email him at dlat@abovethelaw.com.