Mergers and acquisitions in IT accelerate 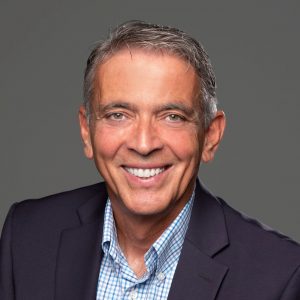 A firm that specializes in IT mergers and acquisitions said it had its best year during the COVID-19 pandemic.

Grand Rapids-based Excendio Advisors said Thursday, Aug. 4, it served as the exclusive financial adviser in the acquisition of Aptude, an Illinois based IT company by New Era Technology in New York, a technology solutions provider that has more than 12,000 customers worldwide .

Anastasiu initially came to the US to work with Cisco, a software company based in Silicon Valley. Anastasiu, who is originally from Germany, was hired in 2002 to run the US operations for a German supply chain management software company with offices in Grand Rapids.

After the software company he worked for was acquired by a private equity company (a transaction he was instrumental in closing), with a wealth of knowledge about acquisitions and the IT industry, Anastasiu decided to stay in the area and found Excendio Advisors.

“We focus on companies that are in the range of 100 to 150 employees,” Anastasiu said. “While we have advised several local clients, many of our transactions involve companies nationwide and in some cases internationally.

“Generally there’s a lot of activity in IT mergers and acquisitions.”

While other businesses may have faced setbacks due to pandemic-related mandates, the shutdowns were a boon for IT companies, especially those specializing in cybersecurity and communications. The need for solutions in these areas increased with the uptick of people working from home.

“These companies had really great years. We were doing great. This is the best year we’ve had,” said Anastasiu, who noted it was a little difficult to enjoy that success knowing so many other people were facing shutdowns and the financial difficulties that followed.

Excendio Advisors focuses exclusively on IT services and select software areas of interest, with 20 years of experience and drawing on a network that took more than 30 years to build.

Wolf Haldenstein Adler Freeman & Herz LLP announces that a securities class action lawsuit has been filed in the United States District Court for the Central District of California against Enochian Biosciences, Inc.

Allen Media Group Promotes Chris Malone, Who Helped With Mergers and Acquisitions, To…