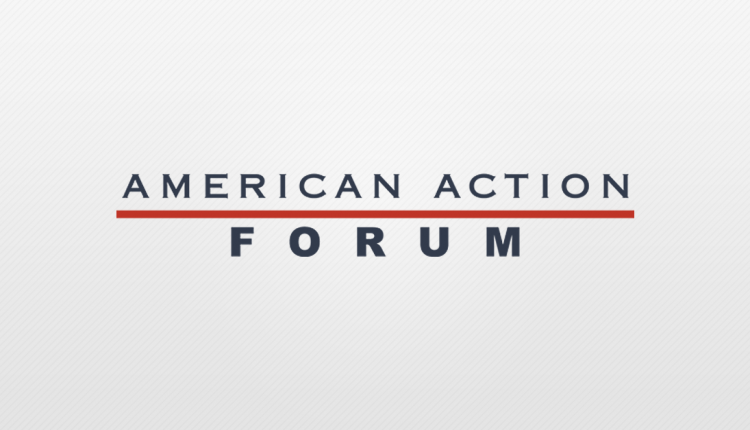 Competition regulators in the United States and around the world are increasingly scrutinizing mergers and acquisitions in the technology industry and more generally. Some US politicians, including Senators Amy Klobuchar and Josh Hawley, have proposed closer scrutiny and even proposed bans on certain types of mergers. While regulators play an important role in protecting the public from harmful mergers, it is important that their merger and acquisition analysis focus on stopping those that would harm consumers rather than deterring those that are likely to produce a net benefit. To do this, national and international regulators need to understand the different types of mergers and the potential benefits of mergers in addition to their dangers.

It is not surprising that some mergers and acquisitions are subject to additional regulatory scrutiny. Appropriate merger review has been discussed since antitrust enforcement began. While the Sherman Antitrust Act of 1890 raised many concerns about monopolies and anti-competitive behavior, the competitive effects of mergers and acquisitions were largely ignored. The Clayton Antitrust Act of 1914 clarified this oversight by mandating regulators to ensure that mergers and acquisitions did not harm consumers’ welfare by significantly reducing competition. Recently, however, it appears that mergers – particularly in the technology or media arena – are coming under closer regulatory scrutiny.

Typically, the type of merger that requires in-depth study occurs when two companies in the same or closely related industries merge, which is known as a horizontal merger. For example, regulators blocked the merger of Blockbuster Video and Hollywood Video out of concern that it would significantly reduce competition in the video rental market despite new technologies like Netflix and Redbox disrupting the market in new ways.

By law, some mergers require additional scrutiny before the transaction can take place. For example, under the Hart-Scott-Rodino Antitrust Improvements Act of 1976, the Federal Trade Commission (FTC) and the Department of Justice (DoJ) are required to conduct a preliminary review of large transactions to see if they raise concerns that should be further investigated. This review applies to transactions greater than $ 92 million.

While antitrust enforcement of mergers that would lead to harmful monopolies is critical to a well-functioning market, the assumption that concentration or “size” is inherently bad is wrong.

As mentioned above, the mergers that are subject to more scrutiny are “horizontal mergers”. However, the general increase in scrutiny may also result in “vertical mergers” receiving increased regulatory attention. Vertical mergers occur when two companies that are involved in different but complementary parts of an industry merge into one company. For example, an online marketplace that merges with a payment processor, as eBay and PayPal did in 2002 before being later split again, is a vertical merger.

Vertical mergers are extremely unlikely to reduce competition as they do not affect the number of players in a market. As such, it is unusual for this type of merger to experience serious regulatory setbacks. In some cases, disputes may arise as to whether a merger is appropriately viewed as a vertical or horizontal merger. In other cases, there may be concerns that a merger could adversely affect competition by preventing other competitors from having access to a required supplier or industry customer base. In many cases, these concerns can easily be resolved so that the transaction can proceed.

With the increasing attention to mergers and acquisitions in certain industries, vertical mergers and acquisitions have also been scrutinized more recently. For example, Illuminia’s proposed acquisition of GRAIL has recently been scrutinized in both the US and the European Union (EU), although it is vertical in nature. The proposed merger would allow two healthcare companies to run different pieces of tests that could lead to earlier cancer detection. However, both the FTC and the European Commission (EU) regulators have sued to block the transaction. (In fact, the FTC recently announced that it would be pulling its case pending an EU decision on the matter.) Regulators fear that the acquisition could prevent others from gaining access to a critical technology for further innovation in healthcare, but preventing this The merger requires a close view of the technological possibilities. In the healthcare industry, vertical mergers are often important to research and development, and increased scrutiny could discourage transactions that encourage rather than discourage further innovation.

Many mergers are beneficial to consumers

The current U.S. antitrust standard assumes that most mergers will do no harm, and places the burden of proof on antitrust authorities like the FTC or the DoJ to show that the merger would harm consumers, not businesses in order to show that this is not the case.

There are several ways that mergers and acquisitions can benefit consumers. In some cases, the acquisition of a small business by a larger company can give more customers access to a product feature or idea. In other cases, a merger can allow two companies to better leverage resources and talent to create more innovative and competitive products in a market.

In many industries, including pharmaceuticals and technology, mergers and acquisitions play a critical role in providing options for consumers, as well as critical talent and intellectual property for the industry. Increased scrutiny or proposed changes to the standards could be dissuasive, either because of litigation or reviews, or because the additional regulatory requirements increase the costs associated with a merger, making it less attractive to the parties. For example, the planned takeover of the FinTech company Plaid by Visa was canceled after increasing official interference.

Recent regulatory trends seem to prioritize the potential harm of increased concentration on a market itself over the expected harm to consumers. As concludes a report by Joe Kennedy of the Information Technology & Innovation Foundation, concerns about concentration that directly impact prices can be largely refuted.

Some mergers and acquisitions are harmful. However, it is important not to assume that everyone is guilty lest antitrust authorities prevent the good and the bad.

The increased enforcement and scrutiny of antitrust law is happening not only in the US, but in many other places around the world as well. Perhaps most notably, the EU is increasingly focused on digital markets and antitrust enforcement targeting many American tech companies. The EU analyzes proposed mergers according to a different standard than the United States, with EU competition authorities assessing whether a merger would significantly impede competition rather than following consumer protection standards like enforcers and courts in the United States do. This different standard can lead to different results and the EU’s increased focus now includes not only enforcement measures but also proposed directives such as the Digital Markets Act.

Since many companies are multinational, these measures an ocean away can affect American consumers as well. As a result, a decision to reject mergers and acquisitions in one jurisdiction may result in consumers in another jurisdiction being denied the potential benefits of a merger.

Antitrust authorities have the difficult job of properly examining mergers and acquisitions to ensure a competitive market that benefits consumers. Reinforced scrutiny should principally be used to stop mergers that are likely to be harmful to consumers and not just lead to bigger businesses or greater concentration. More recently, policy proposals and actions by the Agency have indicated a change in attitudes towards mergers and acquisitions, which may not take into account the benefits mergers can have for consumers.

Firms Should Use Surveys To Make Smart Legal Tech Choices

Mergers and Acquisitions in Aerospace and Defense Industry