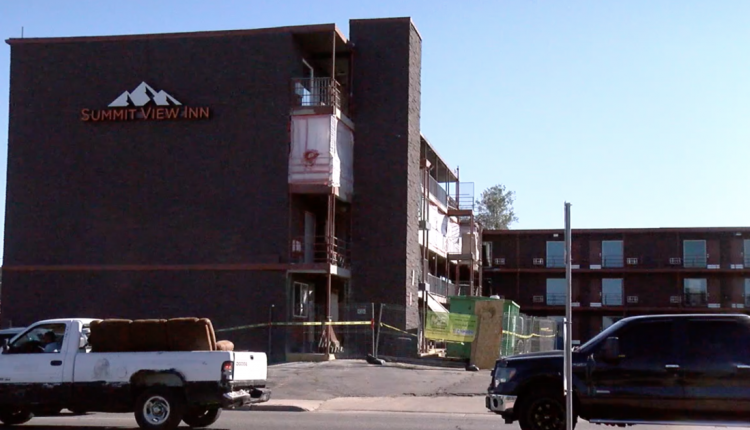 AURORA, Colo – Former Summit View Inn residents are filing a class action lawsuit with its parent company VareCo nearly two months after testifying that they were removed from their homes.

The lawsuit was filed on Friday on behalf of three former residents identified as Sneed, Rogers, and Marshall. The lawsuit alleged that the tenants were established tenants and that they were illegally evicted under threat of violence.

“A tenant has certain rights in Colorado and those rights have been violated,” said Burt Nadler, an attorney for the Colorado COVID-19 Evacuation Defense Project. “Nobody should have to suffer the indignity these people endured or the fear they endured if they did.”

On September 14th, the residents received a notification that they would no longer be allowed to live on the property after October 28th. The notice also said they would have to move out on October 2nd. Colorado law requires one month’s notice to evacuate.

The mobile phone video from October 3 shows armed security guards on the property on the day former residents say they were evicted.

The lawsuit alleges that residents entered a tenancy agreement because many had lived at the Summit View Inn for years and signed various agreements with the hotel. They also say the hotel requested that the rooms be cleaned but did not provide housekeeping.

The lawsuit alleges that the residents were forcibly removed by a private security company, which was only allowed by the sheriff’s department. They also claim that residents were removed with no time to take away work and personal items.

VareCo executives declined to comment on the pending litigation, but a company spokesman sent a statement to Denver7:

“Our team has consistently worked with the city of Aurora and the non-profit Aurora Warms the Night to bring guests to safe accommodations,” said spokeswoman Wendy Aiello in a statement on behalf of VareCo. “If a guest thinks we have wrongly kept their belongings, we welcome them to get back what they left behind.”