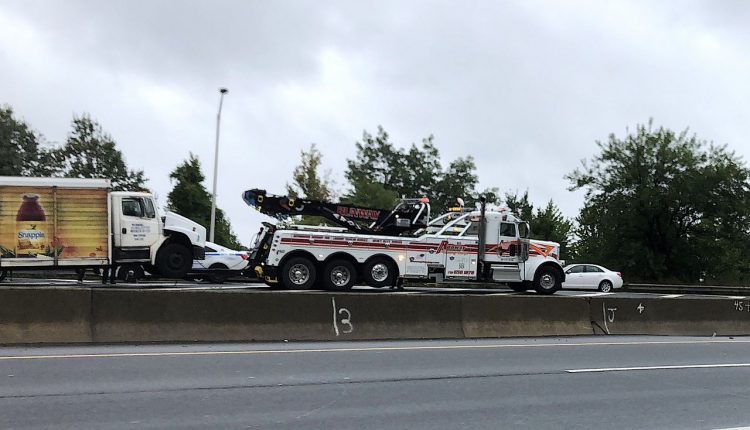 STATEN ISLAND, NY – For the second time in three years, a lawsuit has been filed against Queens-based Runway Towing Corporation that services Staten Island highways alleging it has been overcharging customers for years, and that the company ran an illegal “racketeering enterprise. ”

The lawsuit, filed by attorney Gary Rosen, also alleges Runway underpaid workers, illegally compensated them with cash, and that the city not only looked the other way but gave Runway a monopoly by continuously awarding the company a contract to tow on seven of the city’s 17 arterial highways, including the exclusive rights to tow on the Staten Island Expressway, Dr. Martin Luther King Jr. Expressway and the Korean War Veterans Parkway.

And a class-action lawsuit filed in 2019 is still pending.

The Advance/SILive.com reported on Runway’s alleged overcharging and license rejection in 2021.

However, Errol Margolin, a lawyer for Runway, called the lawsuit “frivolous.”

“It is based on Google reviews, Yelp reviews, and Better Business Bureau reviews; they are anonymous and hearsay. Runway denies it overcharges consumers, and their rates are governed by the [administrative code] and set since 2010 and $125 a tow and $25 for highway services plus mileage. No judge has ever found Runway ever overcharged consumers,” Margolin said.

The alleged “racketeering enterprise, or Racketeer Influences and Corrupt Organizations (RICO) Act, is “for their creation of and/or maintaining of a racketeering enterprise, which has caused damages to the plaintiffs and to thousands of persons and businesses that utilized the roadside assistance and towing services on New York City Arterial Highways of Defendant Runway from approximately Sept. 1, 2016, to date,” according to the lawsuit.

“The conspiracy allegation between Runway and the NYPD and the [Department of Consumer and Worker Protection] is comical. The complaint will be dismissed, and Rosen sanctioned as it contains material false allegations is designed to harass Runway and embarrass it,” Margolin said.

City Law Department spokesman Nick Paolucci, on behalf of the NYPD and DCWP, said, “We will investigate the allegations in this complaint and respond in the litigation. “The city is committed to protecting consumers and workers and ensuring integrity in its contracting process.”

STATEN ISLANDERS ARE SOME OF THOUSANDS OVERCHARGED, LAWSUIT ALLEGES

The lawsuit alleges that between Feb. 10, 2010, and the present date, Runway generated in excess of $200 million in revenue from providing roadside assistance and towing services on NYC Arterial Highways by overcharging consumers.

Drivers who operate passenger vehicles and require a tow on Staten Island highways are supposed to be charged $125 for the first 10 miles and $4 for any additional mile after, according to towing and NYPD regulations.

Regulations indicate no tow company can charge a fee for towing, storage or any charge indirectly related to towing and storage of a vehicle.

Yet, documents obtained by the Advance/SILive.com show dozens of drivers were charged by Runway more than permitted for distance towed, charged credit card fees, storage fees and other excess fees.

On January 12, 2020, Runway towed a 2017 Nissan Altima from the Staten Island Expressway and charged the consumer $283.08, including a $25 pull-out fee, which was illegal and in violation of the regulations, documents allege.

In the two weeks that followed, Runway towed a 2017 Ford Escape and a 2006 Honda Accord and charged drivers for clean-up fees, pull-out fees, credit card surcharges and overcharged per mileage, which was illegal and in violation of the regulations, documents allege.

There were dozens of other charges shown to the Advance/SILive.com which indicate charges higher than what’s allowed by the city’s Administrative Code, all of which are outlined in the lawsuit.

The city Department of Consumer and Worker Protection (DCWP) denied Runway’s 2020 tow truck company license renewal application, according to documents provided to the Advance/SILive.com, however, the Queens-based company continued to tow vehicles on the seven highways it previously had exclusive towing rights to.

DCWP states it gave Runway more than one opportunity to provide documents after it was subpoenaed, but Runway did not provide all documents requested within the given timeframe, in addition to multiple extensions to produce needed documents.

Runway was issued a temporary operating letter that allowed the company to continue towing – even though its license was denied – while Runway appealed the agency’s decision. It was extended for a final time until Sept. 7, 2021.

However, the day before the temporary operating letter was set to expire, a judge responded to Runway’s lawyer’s appeal of DCWP’s decision and annulled the decision, which he called “too harsh.”

“The court is persuaded that respondent’s assessment of the ultimate penalty, the denial of renewal is too harsh in this instance,” said Judge Debra James in a motion. “Given its operation as a license tow trucking company for 17 years, now employing 35 vehicles, 30 drivers, and nine managerial staff, 14 years of which petitioner operated free of any adjudicated violations, the court finds the punishment of non-renewal shockingly grave in its consequences,” James continued.