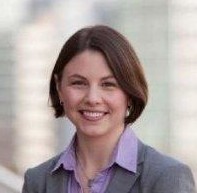 LeBlanc and Young have added two new lawyers to their team.

Matie Little joined the firm as a partner covering all areas of trust and estate law. She was previously a partner in a Washington, DC law firm.

Curtis Thaxter LLC has hired Rebecca Klotzle as a member of its Litigation Practice Group.

Klotzle specializes in civil and appeal proceedings and advises clients on property disputes, commercial legal protection matters, complaints about building regulations, labor law and contractual issues. Most recently she was an associate lawyer at Skadden, Arps, Slate, Meagher and Flom in Boston.

Amy McNally joined the Woodman, Edmands, Danylik, Austin, Smith and Jacques law firm of Biddeford as an associate.
McNally of Arundel focuses her practice on estate planning and administration, civil litigation, and criminal defense. She previously worked for a law firm in York.

ACTIONS
Sara Moppin was recently elected as a shareholder and director of Perkins Thompson of Portland.
Moppin will continue to work in business transactions, commercial lending and regulatory affairs.

Skelton Taintor and Abbott attorneys named Benjamin Smith as a shareholder in the firm.
Smith is a litigator of Chelsea and has extensive experience in public utility law. He previously served as an attorney for the Maine Public Utilities Commission.

AWARDS and RECOGNITIONS
Bernstein Shur recently announced the 2015 volunteer and volunteer service results. Two attorneys were honored, along with the firm’s Sunshine Committee.
Talesha Saint-Marc, member of the Labor Law and Labor Law as well as Litigation and Dispute Resolution practice groups, was awarded the Sumner T. Bernstein Pro Bono Award. Saint-Marc provided legal services to victims of domestic violence, including custody proceedings for a mother and son.
David Soley, a member of the firm’s real estate, litigation, and dispute resolution practice groups, has been recognized for his continued service to the American Civil Liberties Union and the Maine Homeless Legal Clinic.
The Sunshine Committee, a group of Bernstein Shur employees that fundraise, fundraise, and raise awareness for those in need in our community, has received the Barnett I. Shur Civic Award. The committee members are: Janet Davis, Chair; Jo Dyke, Ruth Earley, Mandy Furbush, Debra Humason-Fulgham, Robin Learned, Karla Quirk, Laura Rodrigues, Angela Stewart, Michelle Thomas and Angie White.

Skelton Taintor and Abbott Shareholder Rebecca Webber have been named President of the Central Maine Human Resources Association.
The president oversees the board of directors, leads the members and board meetings and supervises the affairs and business of the association.

Elizabeth High, Principal at LeBlanc & Young, was named Portland Trusts and Estates Lawyer of the Year 2016 by Best Lawyers.

Her main focus is advocating clients in cases of workplace discrimination, sexual harassment and personal injury.
Nichols has had his own practice in Maine since 1988.

Please check your email to confirm and complete your registration.

Use the form below to reset your password. When you’ve sent your account email, we’ll send you an email with a reset code.