Lammy: ‘Tap on the shoulder’ better for judicial diversity than JAC 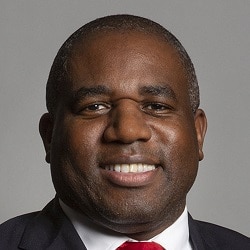 The old “tip on the shoulder” system of appointing judges would have brought better diversity to ethnic minority lawyers than the current system, said Labor MP David Lammy.

There has been “pathetic” progress in appointing judges with black, Asian and ethnic minority backgrounds to the governing bank under the current Judicial Appointments Commission (JAC), added Mr Lammy, the Shadow Lord Chancellor.

He also described the situation in which young people were encouraged to study law if they had “no realistic prospect” of a student and rental contract or an apprenticeship contract as “a bit of a fraud”. The government should be interested, he said.

As a non-practicing lawyer and former Justice Minister who conducted a criminal justice system review in 2017, Mr Lammy repeatedly criticized in 2019 that race and discrimination are the main obstacles faced by ethnic minorities.

“Blacks deserve to rise to the higher ranks of the profession … Blacks apply; we deserve a fair crack and we don’t get it …

“To be honest, we see less diversity than we would have seen under the old system. If we had it, things would be better than now. “

In July, official figures showed that only 1% of the judges were black, a figure that Mr Lammy called an “absolute scandal” at the time.

Mr. Lammy spoke at an event hosted by The Forum discussion group on the best way to “make progress and push for meaningful change for black practitioners in the legal industry”.

Regarding the challenges facing blacks entering the legal profession, he promised that a future Labor government would not force private chambers to “do anything”. However, he said league tables and accountability could help.

He observed that there were areas of Bar and City law firms that still felt like “100% white”. Changing this situation required leadership “at the head of the chambers and among those who preside over the Bar Council”.

Mr Lammy said that while conducting his review it became clear that there were lawyers who “did not want to stick their heads over the parapet and scream ‘racism'” because it would negatively affect “their careers, their standing in chambers” [or] Relations with clerks and so on ”.

He sympathized with the observation that black, Asian and ethnic minority lawyers in particular – due to their concentration in the publicly funded bar association – were disadvantaged by regulations that allow criminal record applications to be accepted from practitioners with no criminal experience.

However, this did not apply to other senior positions and meant that there were significant numbers of commercial lawyers applying.

Mr. Lammy offered advice to other black lawyers, suggesting that they gain mentors, but also “allies who are there on your behalf”. Law is “tough business” and “a challenge”, but “here we stand as a minority in the European context”.

ANALYSIS: Break Down Barriers to Legal Tech Usage With Training