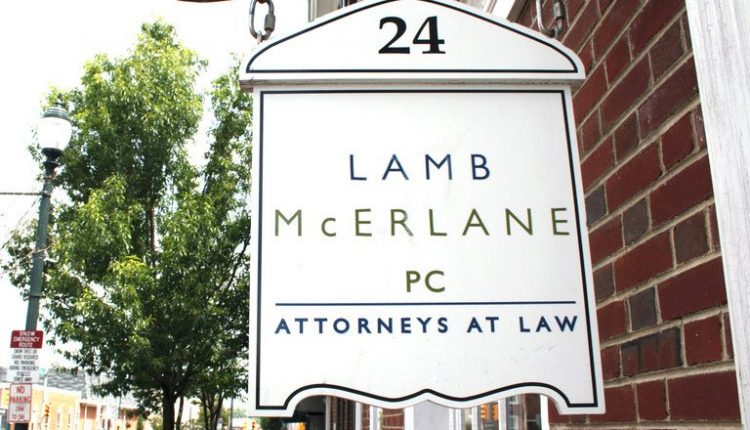 Lamb McErlane has been in expansion mode lately, and on Tuesday the full-service regional firm announced it will operate its first office outside of Pennsylvania.

The West Chester, Pennsylvania-based firm has absorbed a seven-lawyer firm, Giannascoli & Thomas, which had offices in Exton, Pennsylvania, and Mount Laurel, New Jersey. As part of the linkup, Lamb McErlane will bring on three new attorneys, as well as the two offices, bringing the midsize firm’s head count to 47 and the number of offices to six.

The latest growth comes little more than six months after Lamb McErlane absorbed the firm McMichael, Heiney & Sebastian. That move, which took place in January, added two attorneys to the firm as well as an office in Oxford, Pennsylvania.

With the Giannascoli & Thomas merger, Lamb McErlane has now doubled the number of its offices since the end of 2021. The merger also marks the firm’s first foray outside of Pennsylvania, where it has offices in Philadelphia and Newtown Square.

According to firm chairman and managing partner Joel Frank, the Mount Laurel space is about 1,000 square feet, while the Exton location is roughly 4,000. The new offices, he said, will primarily be staffed by the former Giannascoli & Thomas attorneys, while the majority of the firm’s other lawyers will continue to be at its West Chester offices.

Frank said the linkup came about much like its move with McMichael Heiney: very organically. The managing partners, he said, were eager to focus less on office administration and more on the practice of law, and they approached Lamb McErlane regarding the possible combination.

“They saw the bigger platform that we have here, with more practice areas to service their other cases. So with the cases and matter they had to refer out, they can now keep them under one roof, under our umbrella,” Frank said. “There have been a series of [mergers]. People see what happens when other groups join us. There are positive accolades. It’s that domino effect.”

Giannascoli said the move arose out of his long-term, succession-planning efforts. He said that, as he begins approaching retirement in a few years, he was looking to establish a structure for his employees to continue working and the firm’s clients to continue being represented. Although he initially looked inside the firm, he said the lawyers he had in mind were uninterested in dealing with the administration and management that comes with the role, preferring instead to focus on the practice of law.

The move, Giannascoli said, will also help him do the same in the five or so years he plans to continue working.

“I also worked long hours for many years, and it’s getting a bit tiring. By making this move, I should be able to eliminate a substantial amount of the administration time of running the firm, networking, et cetera,” he said. “It will cut my terribly long workweeks down some.”

Founded in 1971, Lamb McErlane is a litigation firm that handles a range of practice areas, including government liability, attorney discipline, finance and employment law. It also has an extensive appellate practice, which often argues high-stakes cases before the Pennsylvania Supreme Court.

Frank said he is excited about the firm now having offices in New Jersey. The reason Giannascoli & Thomas had the New Jersey location, he noted, was because several banks are headquartered in Mount Laurel.

Each of the recent expansions, Frank said, were initiated when other firms reached out seeking to merge. He said there are currently no plans for further expansion, but “that doesn’t mean there won’t be tomorrow.”

The Five Legal Tech Themes I Took Away from #ILTACON22