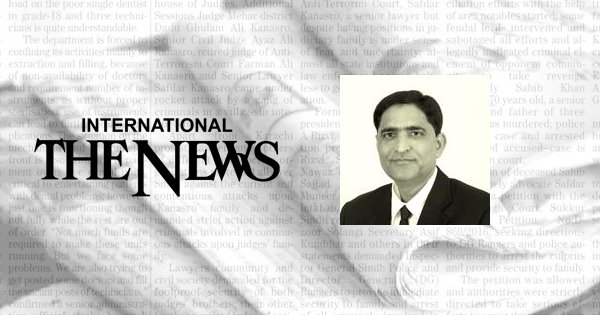 In appointing Justice Ayesha A Malik as the SC’s first female judge, the Pakistani chairman sought to promote the independence of the judiciary. However, part of the bar association and some members of the Pakistani Judiciary Commission opposed the appointment of Judge Ayesha Malik, claiming to respect the principle of seniority to ensure the independence of the judiciary.

I know that seniority is another mechanism to ensure independence from the type of political interference that Pakistan has experienced in the past. But despite its merits, this mechanism is not perfect. It has its own pitfalls – like not focusing on “competence”. If seniority is to be the only criterion, why do we need a judicial commission? When appointing the SC, there must be discretion with the JC (albeit structured).

Article 177 of the Constitution regulates the eligibility of judges for appointment to the SC and stipulates that a person to be appointed to the SC judge must be a Pakistani citizen. He / she should be a higher court judge for at least five years or a higher court attorney for at least 15 years. Judge Ayesha Malik meets the constitutional threshold for SC appointment. Above all, the seniority principle lacks a constitutional basis. The argument thus fails because of the touchstone of the constitution itself.

As for discrimination against female judges, suffice it to say that Pakistan is the only country in South Asia that has never appointed a female judge to the SC. With the nomination of Judge Ayesha Malik, we hoped to give representation and space to an honorable judge in the top court, who is otherwise qualified due to her experience, judicial performance, independence and integrity.

Female judges have performed well in other jurisdictions (Brenda Hale (UK), Sandra Day O’Connor and Ruth Bader Ginsburg (USA)). India recently appointed three female judges to the SC. By denying Judge Ayesha Malik’s appointment, despite her competence and integrity, Pakistan has missed an historic opportunity. It is also a violation of Article 25 of the Constitution, which guarantees the equality of all citizens without discrimination based on sex. It obliges the state to take positive measures to protect women.

It is worth remembering the words of Muhammad Ali Jinnah: “No nation can ever be worthy of existence that cannot take its wives with its husbands. No struggle can ever be successful without women participating side by side with men in the world; one is the sword and the other is the pen. There is great competition and rivalry between the two. There is a third power that is stronger than both, that of women. “But we don’t seem to recognize and appreciate this third power. According to the World Bank’s development indicators for 2020, women make up 48.54 percent of the total population of Pakistan. How can.” a country, according to Jinnah’s vision, to make progress that denies so many women merit and a rightful place?

In addition to the principle of seniority, the competence and integrity of a judge cannot be completely disregarded. To improve the performance of our judicial system, we need to take a balanced approach that promotes both independence and the skills of judges. The blind adherence to seniority and opaque procedures for appointing judges have already made the Pakistani judicial system weak and insensitive to popular expectations.

CJP Gulzar Ahmed said that “no one spoke about the candidate’s merits”. Judge Umar Ata Bandial said Judge Ayesha A Malik was known to be “an extremely independent judge and that was probably why the Bar Association rejected her appointment as SC judge”. Judge Maqbool Baqar stressed the need for democracy, independence and women’s liberation. Judge Sardar Tariq Masood said he was a strong supporter of women’s empowerment and stressed that its only intent was to protect the standing of the judiciary.

Members of the judiciary, the bar association and civil society should support the survey of independent female judges to make the judiciary independent and inclusive. If the merits of women are not recognized and they cannot fully participate in national life, Pakistan will not be able to make progress.

The author is an attorney for the Supreme Court.

From the FDA’s Empty Seat to Chock-Full ICUs, Journalists Recap the Week’s Stories

Predictions and trends in mergers and acquisitions for 2021