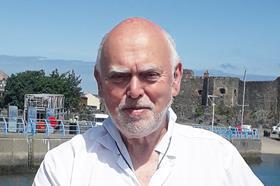 The Judicial Support Network Ltd (JSN) – a new confidential support association of and for judges – last year made a submission to the Equality and Human Rights Commission (EHRC) to investigate the current regime of making judicial appointments in England and Wales. The JSN stated that the regime was thoroughly unfair, arguably unlawful and institutionally discriminatory.

The issues complained of did not just include what the JSN saw as the discrimination and unfairness in the appointments system but direct and indirect discrimination at work, including structural (institutional) discrimination. It also involved bullying and detrimental treatment of judicial officeholders who complained (informally or formally) about any part of the judicial system (including appointments). The JSN stated that the issues complained of were ‘systemic’, baked into the functioning of these departments and, as such, there was no effective internal process for dealing with them. Over the intervening months, judges have become members of unions and the GMB will shortly be establishing a judicial division for the members who have joined it.

The text of the EHRC submission will shortly be available on the JSN website.

I am not a serving judge but I have spoken to judges who have sought the advice and assistance of the JSN. This article only deals with judicial appointments and, even then, only explores a small part of the system.

In the summary of its submission to the EHRC, the JSN stated that the ‘process of judicial appointment which is operated by the JAC has succumbed to what academics have already openly criticised as being “judicial capture” of a self-perpetuating group whereby the judiciary appoints and replicates itself without oversight of government or other independent authority subject to democratic control. Processes are secretive and persons affected are declined access to their own data about recruitment under the GDPR, or adequate answers under the Freedom of Information legislation. While some members of the public and civil servants are involved, the process is de facto controlled by the senior judiciary to whom the JAC defers’.

‘The JAC has successfully diverted attention into its flawed processes by suggesting that if there is any issue with appointments, it may be about statutory consultations. It is not. The whole system is bent top down’

This is a sad and serious indictment of the appointments system. The JAC instructed Work Psychology Group (WSG), a body with expertise in organisational psychology, to undertake what the JAC described as an independent review of ‘secret soundings’ – or as the JAC describes it to be – the ‘statutory consultation’ regime (now published: tinyurl.com/mrxx535t). WSG is in fact an organisation which the JAC has retained in the past and so must be conflicted in carrying out the review, particularly as it appears that the JAC did not invite any other organisation to tender for this exercise.

The secret informal references system – secret soundings – is widely believed to pollute and undermine the apparent objectivity of the visible parts of the assessment for appointment. However, there are many more of the processes of the appointments system that the JAC, the JO and the JACO have refused to look into which makes the whole appointments process flawed, unfair and discriminatory. As one individual I spoke to said: ‘The JAC has successfully diverted attention into its flawed processes by suggesting that if there is any issue with appointments, it may be about statutory consultations. It is not. The whole system is bent top down.’

The JAC applies what it calls a ‘competency framework’ for each selection exercise in order to determine whether a candidate is able to carry out the roles and responsibilities of the office for which they have applied. The JAC also states (a point made on its website and in its logo) that it espouses the values of ‘fairness, respect, professionalism, clarity and openness’.

The reality is, however, completely different. I have seen evidence (provided by several candidates who have been unsuccessful) of every attempt being made by the JAC to block requests for information and documentation to prevent them from ascertaining whether their treatment in the selection exercises in which they were unsuccessful was unfair.

This ranges from the refusal of the JAC to provide a recording of a candidate’s interview (in order that the candidate could verify what was said at the interview), to refusing to answer simple, uncontroversial FOI requests. As one candidate told me: ‘How can it be right that the recording of my interview is seen by the JAC and the JACO, but not by me?’

The competences themselves are not restricted simply to being able to demonstrate legal knowledge and skills for a particular post but extend to what can be broadly described as civil-servant competences: that is, demonstrating competences such as ‘working with others’, ‘exercising judgement’ and ‘assimilating and clarifying information’, based loosely on the Nolan principles.

As one serving judge who has been unsuccessful because he was alleged not to have been able to establish some of the civil servant skills at interview, said: ‘If I cannot work with others, cannot exercise proper judgement and am unable to clarify and assimilate information, what am I doing in my current post. I should be sacked!’

FOIs requesting more information about these exercises and other recent selection exercises have been refused by the JAC on the spurious ground that it may result in the possibility that data relating to other candidates would be disclosed.

The JAC advertises that it provides feedback to candidates who have not been selected for appointment, though this does not apply to all selection exercises. For some exercises, only ‘generic’ feedback is provided on its website, which one candidate described made complaining ‘practically impossible’. In addition, it is common for the JAC to send inconsistent feedback to a complainant and in one case, an unsuccessful candidate reported to me that deliberately untruthful feedback was given to him, with the JAC saying one thing in its original feedback and something entirely different when he queried what they had said, claiming that the first feedback was erroneous. As one candidate observed: ‘What is the utility in providing it if I cannot rely upon it?’

The complaints department of the JAC and the JACO can only investigate a complaint into a decision made by the JAC if it arises from ‘maladministration’, and then only if the maladministration has affected the outcome of the candidate’s application.

Judges doubt that the JACO can demonstrate sufficient objectivity from the pervading culture to detect maladministration, and even if it can be proved, the complaint will often be dismissed on the ground that the panel making the appointment is unlikely to have come to a different decision.

One candidate I spoke to said that the manner in which both the JAC and the JACO operate the complaints process gives rise to several consequences which operate unfairly for complainants, specifically those from underrepresented groups, which includes solicitors. In the first place, complaints are determined by civil servants with no legal qualifications against decisions which involve candidates having to show competences, such as ‘exceptional legal skills and abilities’, which must require detailed knowledge of the law relating to the post for which the candidate has applied and been unsuccessful; second, and this must follow from the first, those civil servants will not be able (because of their lack of legal knowledge) or willing (because of the legal knowledge of the judicial panel member or their association with the panel members) to critically evaluate the decision of the panel; third, while espousing (through the formulation of its ‘competences’) the values of what underpins a fair hearing when it comes to selecting individuals to be appointed to judicial positions, it has no idea of what this means in the context of applying its complaints procedure. It will often not supply essential documents to a complainant to enable them to decide whether their non-selection was caused by maladministration or obtain outside help (for example, from a lawyer with detailed knowledge of the subject) to assist them, whether in determining whether the process involved was fair or whether (as has happened) a candidate has been marked down where their answer was correct and that of the panel member was erroneous, a mistake which led to the complainant being unsuccessful in the selection exercise.

There is thus no scope for attacking the decision of a judicial panel member because they got the law wrong, as has happened in some cases. The JSN observes that the inevitable consequence of this flawed process is that the decision of the panel is de facto immune from challenge on the merits, a fact stated on many occasions to complaining candidates by the JACO. In addition, even if a complaint is upheld in full, and a suitable remedy is warranted, the time it takes for the JAC to provide feedback and for the JACO to make its determination will rarely, if at all, make it possible for the complainant to be restored to his original position.

The JAC resists any suggestion that it is institutionally discriminatory. It states that the primary reason for the lack of judges of colour in the judiciary arises from the fact that there are not as many applications from individuals of colour as they would like to see – passing the buck to the professional bodies. Judicial diversity is a secondary issue to diversity among lawyers.

The JSN disagrees, referring to the scathing report of David Lammy MP on judicial appointments and his subsequent observations in which he said that the issue was not one of a ‘pipeline’ and that: ‘Ethnic minority lawyers are applying, in quite large numbers. The problem is the drop-off rate is so much higher than their white counterparts. When I asked the Judicial Appointments Commission to explain why this is, surprise, surprise, they could not explain.’ Being told appointments have to be made on merit was ‘patronising and crass’.

So, what of the future? First, the secretive and arguably unlawful system of secret soundings must end. Second, the JSN considers that an essential part of achieving fairness in the judicial appointments system would be to have sift and interview panels which are wholly independent of the JAC and the judiciary – panels that should not include either a member of the judiciary or a commissioner or staff of the JAC.

Parliament should go further. First, the JAC and JACO should be abolished. They are not fit for purpose. Second, a body totally independent of the judiciary should be set up for recommending appointments. That body should not include a judge or a civil servant. Selection on merit should remain but the expression should be properly defined by statute to exclude the civil servant competences.

Third, panels should comprise academic lawyers and others with legal skills who are wholly unconnected with the judiciary and the legal profession and who are not, themselves, salaried or fee-paid judges. Fourth, secret soundings and obtaining ‘independent assessments’ (a term used to describe personal references which a candidate must obtain) should be abolished.

Fifth, the lay membership of the panels should be recruited from the wider community.

Sixth, the complaints process should be open and transparent. Seventh, the criteria for intervention in a decision should be the same as is applied by an appellate court, based on a proper review of the application, as opposed to ‘maladministration’.

And finally, there should be a career judiciary with an applicant starting at the bottom of the ladder and making their way to the top.

Even When IVF Is Covered by Insurance, High Bills and Hassles Abound