Judicial appointments and the inferiority of seniority 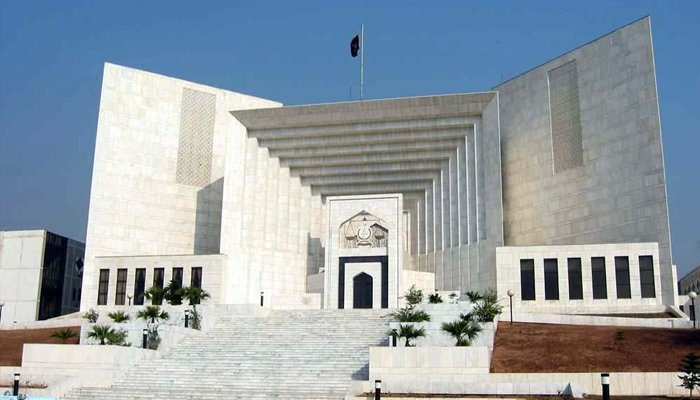 First, allow me to say that in most situations I would not interfere in a debate already saturated with the opinions of Salman Raja; Feisal Naqvi; and Salahuddin Ahmed. However, given how the debate around the totem of merit is turning, I hope the relative inexperience will not disqualify this brief offer – which many of it is just looking at existing points from a different perspective.

To tie in with the two basic theses, which Feisal Naqvi rightly reduced to: “Competence is not” [necessarily] same as seniority “and” it is of vital importance that only the most competent judges sit on the Pakistani Supreme Court “.

None of the three participants in this debate seem to disagree with either of the proposals. Everyone agrees that seniority superiority must go; the disagreement is a matter of timing. Salman Raja and Feisal Naqvi argue that there is already no room for this. Salahuddin Ahmed argues that this is the least bad option while we find a better one.

Let’s examine this. If seniority is a lazy, unimaginative process that leaves deviation from mediocrity to chance, why accept it even as a temporary measure? If the ultimate goal is merit, then let’s stick with it for now. Logically, you would only choose seniority superiority if it identified merit more often than available alternatives. But it’s hard to see how that could be the case.

For example, suppose you have five candidates – all admitted at the same time but born in different months. While this would make their relative ‘seniority’ a purely coincidence, let’s assume A is the best choice. In a system dictated by “seniority”, A is selected only once out of five. In other words, only one of five options maximizes A’s time at the Supreme Court.

Now the alternative: Selection after advice from the Justice Commission. First, assume that the Judicial Commission meets to do nothing but roll the dice. This is already an equally successful system. If the only function of the JC was to identify a person less competent than the most competent, eliminate them, and then roll a dice to determine who is chosen next, as a system it would be already around 25 percent more successful.

But let’s not look at this through the lens of “logic”, but “experience”. Experience shows that the JC sometimes deliberately eliminates the best person for the job rather than eliminating the worst person. In such a situation seniority may be the better system: one in five is better than nothing. But, given our 17-member Supreme Court, even if this were a country where 13 appointments to the Court were entirely “fabricated” and only 4 carried out in good faith found the right candidate, it would still be the superior one Seniority system.

But to be clear, choosing the forest over one or the other tree does not mean completely ignoring individual cases. The point is just that if the superior system produces an inferior result, the goal must be to improve the same system and not revert to an inferior one.

That brings us to the second point of contention. Beyond the supposed temporary value of seniority, everyone agrees that a performance-based system is superior. It is just not clear what such a system would look like. Salahuddin Ahmed argues that we need a system that bases the survey on “objective criteria”.

Similar attempts have been made by the likes of Eric Posner of UChicago and Stephen Choi of NYU – who even suggest the same “productivity” and quality of opinion as two of their three criteria. I will not reproduce the extensive challenges to the idea, but by and large: Not only are the criteria controversial and difficult to actually measure even with proxies, but several components are contradicting themselves.

But you don’t have to use the absolute terms that Feisal Naqvi uses to describe all of this. Just because a system can’t be completely objective doesn’t mean it can’t be more objective. And in any case, objectivity is only one path to a definite but related goal that Salman Raja identifies: credibility. In a system based on moral legitimacy, what use is a mechanism to select the right person if that choice is not based on trust?

But while Salman Raja argues that “[c]The problem is redibility and not the lack of rules ”, this seems to be an unnecessary dichotomy. Rules mean that even if the losing candidate is selected, that candidate will still be brought closer to the ideal. And although rules can be disregarded, these deviations are at least visible. The extent may be questionable, but rules directly add credibility.

Consider the JC’s current deliberations. For starters, it’s important to remember that the reason we have to rely on it is because the JC hasn’t made anything public if any of these reports are false. If one thinks that publication demeans the judges in the eyes of the public, then the only difference is that the public limits the myriad possible reasons to the real ones. And compared to the confirmation hearings for US judges, that would be a no-brainer.

But if we accept these reports as they are, it is evident that several objective criteria have indeed been discussed – such as the number of judgments and the disposal rate. These apparently took a back seat to the “temperament” – which in the case of Judge Abbasi seems to have been undermined by a single incident.

One solution could be to propose a formula that takes into account both objective and subjective components. But even such a formula is suitable for manipulations, in which objective components simply give an insincere patina of credibility. That brings us back to the rules. One of the greatest challenges to credibility remains the feeling that judges act in a completely unlimited space – or what everyone has called “unstructured discretion”. If objective criteria are treated not as formula components but as threshold values, this restricts the subjective discussion by means of objective limits.

Consider some questions. If seniority doesn’t bind appointments, why haven’t they considered anyone below fifth? How far can you go down? Is it important to provide a detailed justification for all available candidates? If so, why is Judge Rizvi, who was one place above Judge Mazhar, not mentioned or not mentioned in detail? All of this can be solved by applying appropriate rules. At least years or reported judgments or sales rate; an obligation to discuss all relevant criteria for each candidate that must be publicly available.

And the erosion of credibility continues. Consider the decision to now appoint the chairman of the SHC as an ad hoc judge. If the overarching goal is merit, then why wasn’t Judge Abbasi (the ostensible runner-up) appointed as an ad hoc judge? If an ad hoc judge is an equal member of the bank, then why should someone be elevated without enough reported judgments? If seniority is just a convention that can be thrown out, why compliance with provincial quotas? What about Al-Jehad for a vacancy that may still exist and will arise in less than a week? And that’s all of the present. Lord (and Lordships) forbid, the Commission decides – on the basis of this opaque reasoning – to appoint a lawyer directly to the Supreme Court (a lawyer who constitutionally did not even have to practice in the Supreme Court).

The inescapable truth, as Faisal Naqvi points out, is that at some point we have to trust someone or something. This something cannot be a coincidence. But if it is supposed to be the Justice Commission, this trust cannot be taken for granted. Earning it is going to take a lot of work.

The author is a lawyer. He tweets @brainmasalaar and can be reached at [email protected]

This article originally appeared in The News on August 12, 2021. It is available here.