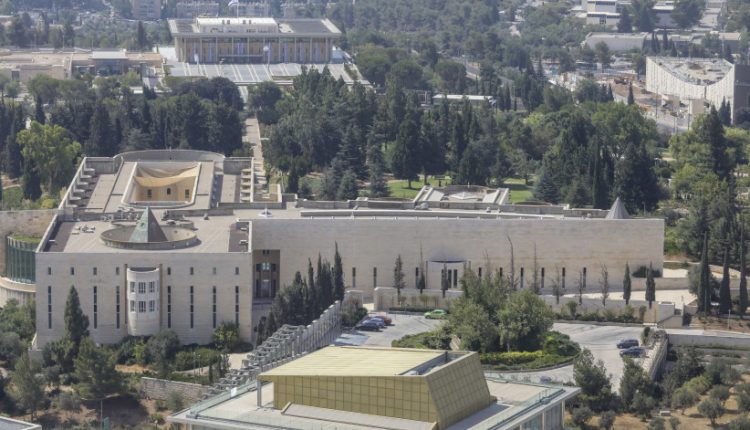 The 64th conference of the International Association of Judges kicked off in Tel Aviv on Sunday marking the largest global gathering of foreign officials in Israel since the funeral for former prime minister Yitzhak Rabin in 1995.

With judges from 71 countries in attendance, the conference was also a strong, if indirectly, statement of Israel’s standing as a respected member of the club of nations committed to the rule of law to critics, such as the International Criminal Court.

President of the International Association of Judges (IAJ) José Manuel Igreja Matos spoke about the IAJ coming together in the early post-World War II years to avoid a recurrence of the horrific killings and crushing of human rights during that era.

Matos said that the key tenets of IAJ are “the separation of powers, judicial independence and guaranteeing human rights and freedom.”

Coming into the present, he said that with “global villages, a shrinking world emerged with common challenges and shared threats. Attacks on judicial independence by autocratic policies, the persecution and cruel oppression of the independence of judges and their organizations” has grown.

He warned that one clever and veiled way that officials of other branches of government sometimes indirectly undermine judicial independence is to discuss reforming methods of judicial appointments in a way that politicizes the issue.

Further, he cautioned that the world has entered a new age of spreading fake “facts” against the judiciary, sometimes by the executive branch of the same country to gain a political upper hand.

Moreover, he said that the independence of judges is not a privilege for the personal interest of judges, but is provided for the rule of law.

Matos explicitly condemned violations of judicial independence in around a dozen countries, specifically noting Poland and Hungary on the European continent.

Next, he said that even in the “early days of the war in Ukraine, we called on Russia to withdraw its troops and resolve,” any disputes in line with “international law and in a nonviolent way.”

Supreme Court President Esther Hayut spoke at the conference about “the principle of judicial independence” as a “cornerstone of the democratic regime, which aims to guarantee the rights and liberties of all citizens and residents of the country.”

“There is much to be gained from learning about the experience and perspectives of other judiciaries, which are also committed to principles of human rights and the rule of law,” said Hayut.

Justice Minister Gideon Sa’ar said, “The State of Israel is a unique beacon of democracy in the Middle East. Our democratic system is robust and fully fledged. The elected judges are solely guided by the rule of law. The Israeli courts regularly review the administrative actions of government. The courts also have the power to review the legislation of the Knesset, and strike down acts that are not constitutional.”

Sa’ar specifically flagged some of the dilemmas Israel has coped with while remaining committed to the rule of law due to its security situation. “Defense of human rights and the supremacy of the rule of law were enshrined despite constant security threats and the prolonged ‘State of Emergency,’ declared ever since Israel’s establishment,” he said.

President Isaac Herzog warned that when “the rule of law is called into question, the lines between the rule of law and politics are blurred,” a dangerous trend that can lead to radicalism and undermine democracy.

Justice Yaron Levy, president of the Israeli Association of Judges, organized the conference, which will run for several days this week.