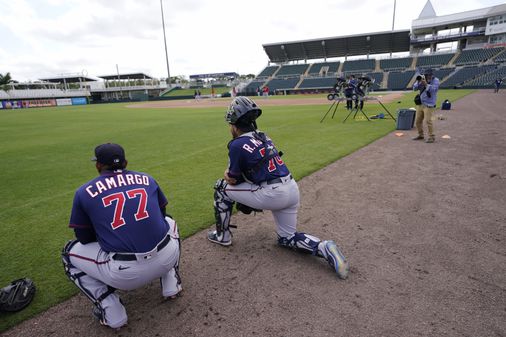 In a summary judgment ruling from Chief Magistrate Judge Joseph Spero of the US District Court in the Northern District of California, the justice supported the minor league players that they are in fact “employees” of MLB and eligible to be paid under standard labor laws and practices, such as overtime and minimum wages in California and Arizona.

Recouping back wages also is part of the class action suit.

Major League Baseball argued that minor league players were seasonal workers, that time spent on a bus to travel to a game was not time on the clock, that players’ efforts were akin to those performed by “creative artists” and that MLB acted in a regulatory capacity, with the 30 clubs determining salaries and other employment responsibilities.

Get 108 stitchesAn email newsletter about everything baseball from the Globe’s Red Sox reporters, in your inbox weekly (and when news breaks) during the offseason.

Spero disagreed, which will allow minor leaguers to pursue the case in front of a jury — although Tuesday’s ruling might increase the possibility that MLB will try to settle before it reaches trial.

“We are pleased with the Court’s thorough and well-reasoned ruling on summary judgment and very much look forward to presenting our case at trial,” said plaintiffs attorney Stephen Tillery.

The organization Advocates for Minor Leaguers expressed hope the ruling will lead to better conditions for players.

“For decades, minor league players have worked long hours year-round in exchange for poverty-level wages,” said the organization in a statement. “Working as a professional baseball player requires far more than just playing baseball games. It also requires hours of year-round training, practice, and preparation, for which we have never been properly compensated. We are thrilled with today’s ruling, which is an enormous step toward holding MLB accountable for its longstanding mistreatment of minor league players.”

Major League Baseball was not immediately available for comment.

Financial ramifications should the plaintiffs win are not known. Speros did write that the plaintiffs are entitled to $1.88 million in penalties in their California portion of their claim, with the amount in Arizona not yet clear.

There are still disputes to be settled, as to how to calculate damages, but Spero wrote “that Defendants’ method of allocating signing bonuses and tuition payments to offset minimum wage liability is incorrect as a matter of law.”

The US Supreme Court declined MLB’s appeal to review the case in October 2020.