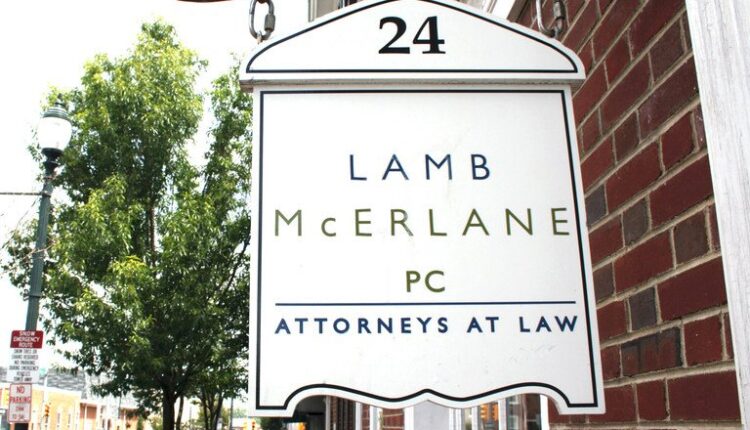 An ongoing feud between Lamb McErlane and a small Bryn Mawr law firm escalated on Wednesday after state appellate judges ordered a Discovery dispute to return to the trial court.

The Superior Court on Wednesday remanded Roman J. Koropey Ltd.’s lawsuit against Lamb McErlane and his partner Vasilios Kalogredis to the Montgomery County Court of Common Pleas. and the judges entered instructions to the county court to specifically revisit whether certain correspondences are protected by attorney-client privilege.

Lamb McErlane and Roman J. Koropey Ltd., which operates as Main Line Law Associates, entered into a practice arrangement in 2008 in which the latter firm acted as an office for the former, according to the plaintiff’s complaint.

But the relationship between the firms soured over a referral dispute that led to Main Line Law principal Roman Koropey ultimately firing his then-associate Stephanie Kalogredis in 2019, according to Koropey.

Lamb McErlane then hired Stephanie Kalogredis, who is married to Vasilios Kalogredis, and subsequently terminated its practice agreement with Main Line Law, according to the Superior Court opinion.

Koropey, who is representing his firm in the dispute, said prior to leaving Stephanie Kalogredis, Lamb McErlane had also hired away another one of his attorneys.

“We entered into an arrangement to support these people for estate planning, and as I sit here they have both of my associates, and that’s problematic,” Koropey said.

In his complaint, Koropey alleges that Vasilios Kalogredis and Lamb McErlane breached his contract by soliciting clients from Main Line Law.

“Through its actions, at the end of the day, Lamb McErlane now has an estates and trust department consisting of the two former RJK Ltd. attorneys and has terminated the arrangement with RJK Ltd as “no longer needed,'” the attorneys alleged in the complaint.

Superior Court Judge Alice Dubow, who inked the Wednesday opinion, noted the contentious relationship between the firms in a footnote, asserting that the parties have exchanged “unnecessary barbs in court filings.”

“We remind the parties of the Code of Civility and emphasize that personal attacks are ineffective means of advocacy,” Dubow stated.

The case the Superior Court reviewed, captioned Roman J. Koropey Ltd. v. Kalogredis, is not the only litigation to arise from the friction between the two firms. An earlier lawsuit in Chester County over Stephanie Kalogredis’ termination ended in her favor.

Koropey said though he did not win in the Chester County lawsuit, that case is independent of his current action against Lamb McErlane. So far in the Montgomery County suit, he said, he had “mixed results.”

The decision out of the Superior Court is a setback for Koropey in his attempt to obtain unredacted emails between Stephanie Kalogredis and her attorney, Christopher Ezold of Wisler Pearlstine, about her transition between the firms.

Stephanie Kalogredis is not a party in the pending lawsuit but sought to join as an intervenor in response to the plaintiff’s discovery request for “all communications relating to Kalogredis’ transfer of client files from RJK to Lamb McErlane.”

Stephanie Kalogredis said unredacted versions of the emails the defendants provided to the plaintiff are protected by attorney-client privilege and the work-product doctrine.

In its Wednesday decision, the Superior Court found that the trial court had improperly dismissed Stephanie Kalogredis’ motion for protective order, ruling that although she had failed to obtain intervenor status she still had standing to seek protection of her emails.

The decision remands the case to the trial court for a hearing and in camera review to determine whether the emails are protected by attorney-client privilege or the work-product doctrine.

Koropey said he intends to file a motion for reconsideration because the Superior Court did not address a question of whether Stephanie Kalogredis had an expectation that the emails were private.

Ezold, Stephanie Kalogredis’ lawyer, declined to comment on the matter.

Lamb McErlane partner James Sargent Jr. is representing the defendants in the case and declined to comment.