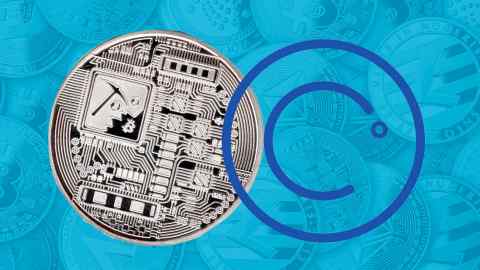 Since Algernon Sydney Sullivan and William Nelson Cromwell opened their eponymous law firm in 1879, Sullivan & Cromwell has become a go-to practice for the most important companies in the world, from General Electric to Goldman Sachs.

In 2021, the white-shoe firm began working with an upstart entrepreneur who was both figuratively and literally far from its Wall Street base, but one who believed some could be the next global financial titan. FTX, headquartered in the Bahamas, was still a very young company, but its founder, Sam Bankman-Fried, was emerging as the respectable if eccentric face of the rising cryptocurrency industry.

Over the next 16 months, Sullivan would earn $8.6mn of fees performing multiple assignments for FTX. Now the law firm may be in line for a windfall of tens of millions of dollars paid by the bankruptcy estate for helping steer the stricken crypto empire, now without its founder, through bankruptcy.

The amount that Sullivan made from the rise of FTX, and stands to make from its fall, are modest in the context of overall revenues, which were $1.7bn in 2021, according to American Lawyer. But its starring role in the salvage operation, coming so soon after it allowed some of its prestige to rub off on FTX, has drawn scrutiny of its dealings with the now-cratered fintech.

On Friday, a federal bankruptcy judge allowed new FTX management to hire Sullivan as lead bankruptcy counsel, swiftly over-ruling objections that the firm was too tainted by its existing relationship with the crypto company to fairly investigate the alleged wrongdoing. The new FTX chief, John Ray III, has said he is eager to move on to the task of returning funds to account holders with the assistance of Sullivan.

“Sullivan’s approval will probably raise concerns for some investors who question whether they should have noticed something sooner,” said Jared Ellias, a professor at Harvard Law School and former bankruptcy lawyer.

“That is a question that lots of wealthy institutions and other authority figures will soon have to answer in some way, as this case progresses.”

When crypto started breaking into the mainstream, Sullivan was divided along generational lines, according to a former employee. The firm, which has 900 attorneys overall and is headquartered in Manhattan’s financial district, even banned its lawyers from owning crypto. It was cautious at first, but then blue-chip start-ups came calling, including the likes of Coinbase, DCG, Galaxy and Gemini, as well as FTX, which needed advice as they began to interact with financial regulators and counterparties.

The relationship between Sullivan and FTX started in July 2021, when the law firm was brought on to advise on a small acquisition. One of Sullivan’s partners, Ryne Miller, had just left the firm to become a general counsel at the crypto exchange.

Sullivan would subsequently work on multiple assignments, including advising FTX on an attempt to purchase crypto exchange Voyager Digital out of bankruptcy. The law firm even assisted on a copyright infringement dispute with the hamburger chain Jack in the Box after the fast-food group alleged that a “Moon Man” appeared in the crypto company’s advertisements was a rip-off of its mascot, Jack. FTX was billed $55,000 for the work.

The firm was chosen, according to one FTX former employee, because of its regulatory expertise. It assisted FTX with inquiries from regulators who wondered whether American users were improperly accessing the crypto exchange’s international platform. And it helped craft FTX’s groundbreaking proposal to US regulators to automate risk management in financial markets. When FTX faced a bank run in the first week of November, Miller immediately went to Sullivan to gin up ideas on how FTX could respond.

Even across a more than a dozen assignments, the firm never appeared to learn that FTX was, as Ray would later describe it, a “crime scene” and “dumpster fire”.

Sullivan never worked with FTX on raising new capital, which could have allowed it to see private information, some of it finance, that might have been shared with investors, according to one person familiar with the relationship. As a result, this person said, the law firm would have had no basis to question the market value or financial condition of its crypto client.

Sullivan is in some ways the ideal law firm to hunt down and investigate billions in cryptocurrency coins and tokens scattered around the world. Its top practices are in banking, financial services and financial regulation and many of its senior partners are former regulators.

Ray acknowledged in a court filing that, given the deep crisis at FTX in early November, there was no time to interview any other law firms to serve as bankruptcy counsel, preferring to dig in immediately with the Sullivan lawyers who were already on the scene.

Typically, bankrupt companies can choose their own advisers, as long as they do not have major conflicts of interest. In its 58-page application to the court, made in December, Sullivan mentioned that its partners could charge more than $2,000 per hour and some pre-existing connections to FTX — but nothing, it said, that would pose a conflict.

The entanglements of restructuring advisers have become a hot-button issue in recent years, as a small number of elite firms tend to dominate big cases. Consulting titan McKinsey, for example, settled in 2019 with the US Department of Justice for $15mn over charges that it had failed to fully disclose potential conflicts when asking for its fees to be reimbursed in one case.

Objections to Sullivan’s work on the FTX bankruptcy came from multiple quarters, including the US Trustee Program, a unit of the DoJ, and four US senators. Their complaints ranged from the fact that the firm had failed to clearly disclose its ties to Miller, to an FTX general counsel, who had been a partner at Sullivan before joining the cryptocurrency exchange, to the possibility that the law firm might end up having to investigate its own actions.

Much of the criticism was couched in the terse language of bankruptcy law, but not an intervention from an FTX account holder, who wrote in a court filing: “Sullivan & Cromwell’s own involvement in the FTX Group’s spending binge must be investigated and may result in liability.”

The most high-profile opponent of the arrangement was Bankman-Fried himself, who took to Twitter and Substack to rail against the new FTX regime while denying suggestions Sullivan did not have close ties to the crypto empire before its collapse. Bankman-Fried, now facing criminal charges, insisted he was coerced by Sullivan and Miller into filing for bankruptcy, even as he claimed he was on the cusp of raising fresh cash to save the company.

Another member of the FTX inner circle, Daniel Friedberg, also took a swipe at Sullivan in a last-minute court filing, claiming Miller had told him he wanted to funnel business to Sullivan, where he “looked forward to returning as a partner” after his stint at the crypto group.

After the objection from the US trustee, Sullivan filed a more detailed disclosure of his relationship with FTX, in which it insisted the 20 assignments it had undertaken were “special, discrete and particular” and that the crypto group had never been internally classified as a “regular” client.

As for the other allegations, the law firmly denied them. Far from being embedded within crypto exchange, Andrew Dietderich, the firm’s top bankruptcy lawyer, attested in court papers he had only spoken with Bankman-Fried twice. How could the firm have coerced Bankman-Fried into raising the white flag given the crypto poster child was surrounded by multiple personal lawyers, including his father, when he ceded control, Sullivan noted in a court filing.

Along the way, Sullivan secured support from the once-skeptical trustee in addition to Ray, the new chief executive, and the official creditor committee, helping it hold on to the bankruptcy mandate despite the eleventh-hour criticism from Bankman-Fried and the others .

It will take longer to assess any lasting tarnish to Sullivan’s reputation, let alone settle the debate over whether law firms should use their expertise to identify companies that are built on a lie. Last week, Christy Goldsmith Romero, a CFTC commissioner, said in a speech that “gatekeepers” including lawyers “should have seriously questioned the operational environment at FTX in the lead-up to its meltdown”.

Such a role might be incompatible with the desire to forge ties with hot new companies. Ankush Khardori, a former federal prosecutor and private sector attorney, said large law firms are eager to make bets on up-and-coming companies that they think can develop into major clients as they prosper.

“The whole thing makes these firms very vulnerable to taking on clients who will ultimately turn out to be liars or frauds,” he said. “Sullivan seems not to have learned the lesson or simply not care as long as the fees keep coming in.”