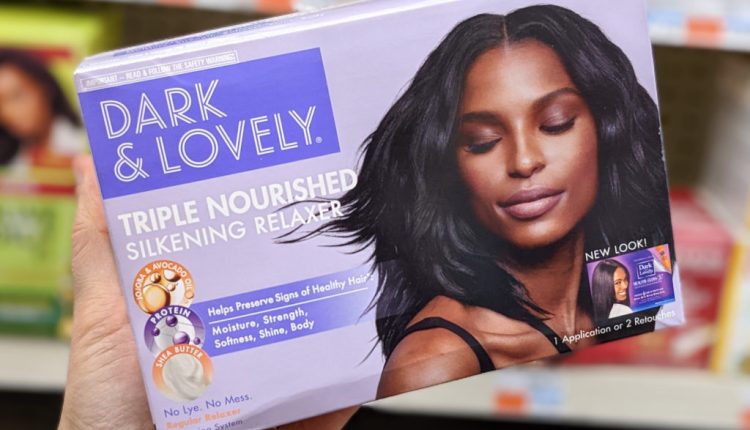 The allegations raised in the complaint are similar to another Dark & ​​Lovely class action lawsuit filed against L’Oreal earlier this month, indicating that hair relaxer products include chemicals known as phthalates, which act as endocrine disruptors and interfere with the body’s hormones.

“Phthalates are known EDCs which interfere with natural hormone production and degradation and are detrimental to human health,” the new lawsuit states. “Despite their short half-lives in tissues, chronic exposure to phthalates will adversely influence the endocrine system and functioning of multiple organs, which has negative long-term impacts on the success of pregnancy, child growth and development, and reproductive systems in both young children and adolescents.”

More recently, data has linked the use of hair straighteners to an increased risk of certain types of cancers.

In recent years, studies have been published that make a connection between use of hair relaxer and cancer, raising concerns about the wide spread use of the products by Black and other minority women throughout the US

In October, researchers published findings in the Journal of the National Cancer Institute, which warned that ingredients used in the chemical hair relaxers may cause uterine cancer. Researchers found that the rate of uterine cancer was nearly three times greater among women who frequently used hair relaxer chemicals, compared to women who never used the products.

Researchers warned that African American women who reported using permanent hair dyes regularly were associated with a 60% increase in breast cancer diagnosis, compared to an 8% increased risk for Caucasian women.

Uterine fibroids and endometriosis have been associated with phthalate metabolites used in hair relaxers.

While none of the plaintiffs in this lawsuit claim to have developed cancer due to hair relaxer exposure, they note that themselves, and everyone who regularly used the products, now face an increased risk of developing injuries like uterine cancer from their hair relaxer, and say L’Oreal should pay for the necessary medical monitoring for users of its products to detect any such cancer as early as possible, as well as provide them with refunds.

For women actually diagnosed uterine cancer or other injuries caused by Dark & ​​Lovely, product liability lawyers are reviewing individual hair relaxer lawsuits to pursue settlement benefits for the actual medical damages and pain and suffering caused by the hair relaxers. Those claims will be handled separately from any potential class action lawsuits brought against the manufacturers, seeking refunds and medical monitoring.