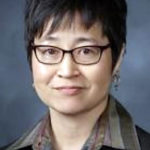 Judge Cynthia C. Lie, 53, of Oakland was appointed as an associate judge on the 6th District Court of Appeals. She has served as a judge on the Santa Clara County Superior Court since 2015. From 2003 to 2014, Lie served as assistant federal defender in the San Jose Branch of the Office of the Federal Public Defender, Northern District of California. From 2002 to 2003, Lie was an associate attorney with the Office of Citizen Complaints for the City and County of San Francisco and County 2001 to 2003 active as an individual practitioner.

Lie served as a litigator with Sheppard, Mullin, Richter and Hampton LLP in 2000 and served as an assistant public defender with the San Diego County Attorney’s Office from 1995 to 2000. She earned a Juris Doctor degree from the UC Berkeley School of Law.

She will fill the position created by the retirement of Judge Nathan D. Mihara. This position requires the completion of a review by the Commission for the Evaluation of Judicial Nominees of the Prosecutor’s Office and confirmation by the Commission for Judicial Appointments. The commission consists of Chief Justice Tani Cantil-Sakauye, Attorney General Rob Bonta, and Presiding Judge Mary J. Greenwood. Lie is registered without party preference. The compensation for this position is $ 245,578. Stephanie K. Sato, 45, of Alameda was appointed Judge in the Alameda County Superior Court. Sato has served as an administrative judge for the California Unemployment Insurance Appellate Body since 2021. From 2014 to 2020 she was an individual attorney. Sato was an associate in the law firms of Peter G. Loewenstein from 2011 to 2014 and at Stonehouse & Silva from 2007 to 2011.

From 2006 to 2007 she was a contract lawyer at IT Ascent. Sato earned a Juris Doctor degree from the Santa Clara University School of Law. She will fill the position created by Judge Armando G. Cuellar’s retirement. Sato is a democrat. A. Marisa Chun, 56, of San Francisco was appointed a judge in the San Francisco County Superior Court. Chun has been a partner at Crowell & Moring LLP since 2019. From 2013 to 2019 she was a partner at McDermott Will & Emery LLP. From 2009 to 2013, Chun served as the US Deputy Assistant Attorney General at the US Department of Justice.

From 1999 to 2009 she was a partner and associate at Coblentz, Patch, Duffy & Bass LLP. Chun served as a senior litigator and litigator in the US Department of Justice’s civil law department from 1992 to 1996 and as a trainee lawyer for Judge Robert. Boochever worked at the US Court of Appeals, Ninth Circuit from 1991 to 1992. She earned a Juris Doctor degree from Harvard Law School. She will fill the post created by the resignation of Judge Edward A. Torpoco. Chun is a democrat. Singerton, whose parents met in Japan when his father was stationed there in the US Army, earned a Juris Doctor degree from Loyola Law School in Los Angeles. He is filling the vacant position of a new position created on September 24, 2019. Singerton is registered with no party preference. Vinluan earned a Juris Doctor degree from the Golden Gate University School of Law. He is filling the post created by Judge Kim E. Baskett’s retirement. Vinluan is a Democrat.

Bragar Eagel & Squire, P.C. Announces That a Class Action Lawsuit Has Been Filed Against Full Truck Alliance Co. Ltd. and Encourages Investors to Contact the Firm