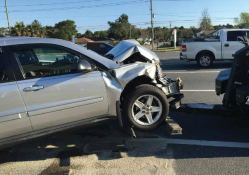 
GM owners say nearly 1,300 people have been killed or injured by airbag failures, according to government statistics.

At least 1,298 people were killed or injured in head-on collisions that did not deploy airbags in GM vehicles, according to the class action lawsuit. The lawsuit alleges that the statistics are based on information from the National Highway Traffic Safety Administration from 1999 to the present day.

According to the class action:

However, none of the plaintiffs allege that their GM vehicles had airbag or seat belt failure.

But these plaintiffs claim that millions of vehicles are dangerous to drive because the airbags and pretensioners could fail just when they are needed most.

The GM vehicles are reportedly equipped with airbag control unit software that is calibrated to prevent the airbags and seat belt tensioners from deploying 45 milliseconds after a crash begins. The lawsuit states that this is a serious problem when an impact involves multiple impacts and the airbags are not deployed properly.

The lawsuit alleges that occupants are never protected in certain GM frontal crashes that involve multiple impacts. The class action lawsuit provides an example where a vehicle first hits a curb and then turns and crashes into a tree, or a vehicle hits a bump first and then crashes into the vehicle in front of it.

These are “chained” crashes that include multiple inputs for the detection and diagnostic modules to detect during a crash sequence.

“In the case of chained crashes, the first part of the incident (impact on a curb) sends the SDM into its“ wake-up ”or“ stand-by ”mode. The first hit on the curb does not trigger the airbag or tighten the seat belt, but the SDM “wakes up” to confirm whether further irregular signals follow and indicate the need for seat belts or airbags. – GM class action

The GM airbags and belt tensioners can allegedly only “be deployed within 45 milliseconds of a first, irregular signal. If a second signal occurs after 45 milliseconds, the SDM deliberately ignores signals that would otherwise trigger an airbag deployment.”

According to the class action lawsuit, this creates a “dead zone” that begins just 45 milliseconds after a crash, after which the occupants are completely vulnerable.

General Motors has recalled millions of vehicles due to problems with the sensor and diagnostic modules, including a recall of 4 million vehicles in 2016. The modules also caused another recall of approximately 88,000 GMC vehicles in 2018.

B.C. Judicial Council keeps moving towards inclusion in judiciary despite less activity due to COVID