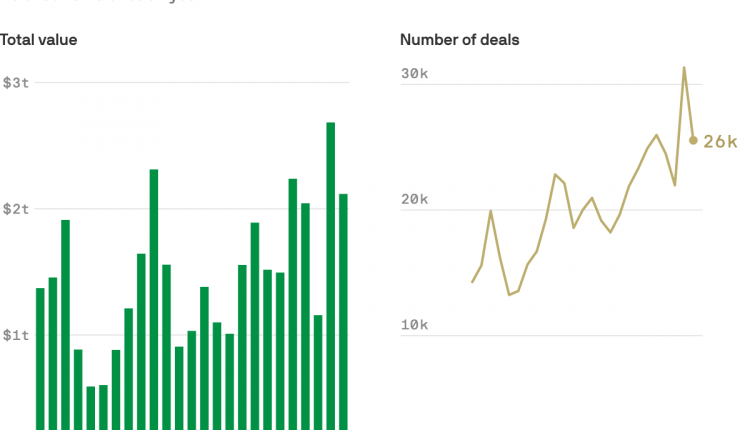 Global merger and acquisition activity fell 21.1% in the first half of 2022, including a 28% decline for US targets, according to preliminary data from Refinitiv.

Why it matters: Deal activity can be viewed as a proxy for business sentiment, and these numbers suggest pessimism.

Where in the world: Of the four countries with at least $100 billion in first half deal activity, only India saw a year-over-year increase. China was off 32.5% and the UK was down 22.9%.

Industries: Tech continued to dominate in the first half, more than doubling dollar activity for finances, industrials or real estate. Within tech, software led with 11.3% of total M&A market share.

What to know: Refinitiv tracks announced deals, which is why its two largest first half deals have yet to close: Microsoft buying game maker Activision Blizzard and Broadcom buying cloud computing firm VMware.