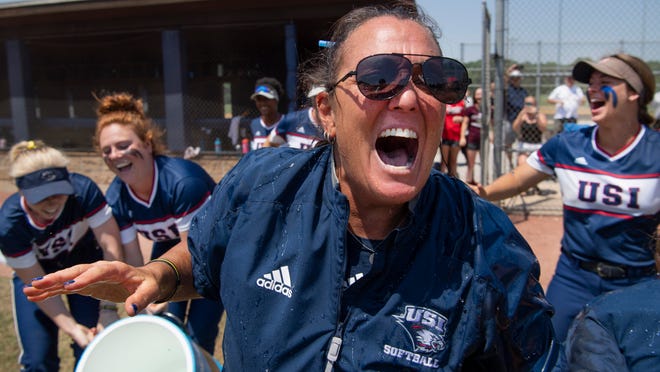 EVANSVILLE, Ind. — German American Bancorp has preliminarily agreed to pay just over $3 million to settle a class-action lawsuit alleging the bank improperly charged customers overdraft fees even when their accounts had sufficient funds at the time of purchase to pay for the transaction.

The lawsuit is one of many circulating through US courts challenging banks’ overdraft fee policies and the use of “authorize-positive, settle-negative transactions.” In the past, such lawsuits have hinged upon a close reading of company terms and conditions.

Many American banks rely on overdraft fees to boost profits and revenues each year.

business news:Report shows Evansville and all of Midwest could be prone to ‘rolling blackouts’ this summer

A representative for the plaintiff’s counsel, Indianapolis-based law firm Cohen and Malad, said affected customers should be notified of the settlement by the end of June, but could not comment further, citing a non-disclosure agreement in the case.

German American, based in Jasper, Indiana, did not respond to a Courier & Press request for comment on the lawsuit and settlement.

German American operates 65 offices across Southern Indiana and Kentucky, including in Evansville, Henderson and Louisville. According to the bank’s website, it employs nearly 800 people.

The settlement documents say impacted account holders will be able to file their claim via a website.

What the case alleged

The plaintiff in Karla J. Thornton v. German American Bancorp Inc. alleged customers were improperly charged $38 overdraft fees despite having the funds to pay for the transactions when the purchases were made.

In one example, the plaintiff said she was charged an overdraft fee for an $18 purchase — a purchase she said was approved by the bank at a time when she had more than $19,000 in her checking account.

Essentially, Thornton’s attorneys argue that it’s a breach of contract to charge the $38 fee on a transaction that was made when there was enough money in the account at purchase, because if it overdraws at a later date, it was a different transaction that actually overdrew the account.

The attorneys said the original transaction was already “paid for” in the sense that the cost was subtracted from the “available balance” at the moment of purchase regardless of when it settled.

In total, the plaintiff claimed the bank improperly charged her more than $400 in overdraft fees between 2017 and 2019.

Because German American’s terms of service say overdraft fees will not be charged when there are sufficient funds in an account, the plaintiff argued the bank “misleads and deceives its accountholders in order to maximize its already profitable overdraft practices.”

According to court records, the bank denied all wrongdoing. And, despite the $3 million payout, the terms of the settlement dictate that German American Bank does not admit to any allegations put forth in the lawsuit.

“There have been some changes. Some banks have done away with certain fees altogether,” Noland said. “I think what happened in this case is that people were getting charged overdraft fees when a purchase that was approved by the bank settled at a later date, by which point other charges reduced the account balance.”

In legal briefs filed prior to the mediated settlement, German American Bank argued its customer contract grants the company total discretion in how it calculates account balances for the purpose of charging overdraft fees.

Legal theory being tested across the United States

Cases challenging overdraft fees for authorized-positive, settled-negative transactions have popped up in state and federal courts in recent years with mixed results.

Some courts have thrown out such cases, while others found the plaintiffs had merit.

In 2019, a district court in Georgia dismissed a lawsuit filed against LGE Community Credit Union, but the US Eleventh Circuit Court of Appeals overturned the ruling based on the bank’s overly vague deposit agreement.

Federal law requires consumer banking policies to be “clear and readily understandable,” and the CFPB has issued warnings and fined banks for deceptive overdraft policies in the past.

Old National Bank, which is based in Evansville, settled a class-action lawsuit in 2016 for $4.75 million after plaintiffs alleged the bank purposefully manipulated when debit card and ATM transactions posted so as to increase overdraft fee revenue.

Despite the settlement, Old National Bank has maintained it committed no wrongdoing.

Until the law on authorize-positive, settle-negative transactions is legally settled, Noland said it’s critically important for people to become familiar with how their bank calculates account balances and structures fees.

Houston Harwood can be contacted at walter.harwood@courierpress.com with story ideas and questions. Twitter: @houston_whh

Tell Us About Your Medical Debt