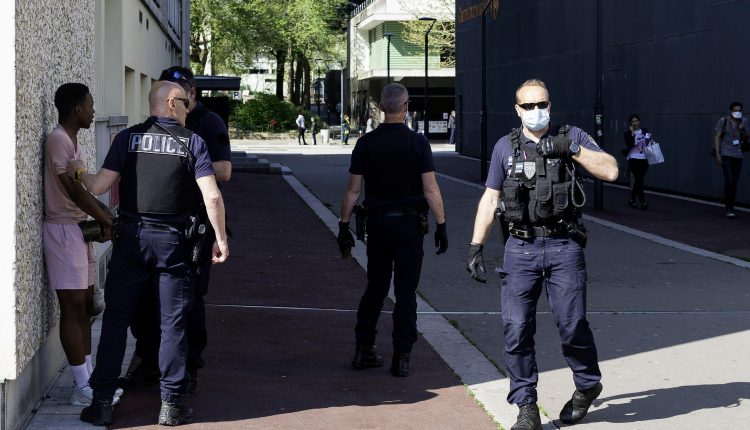 (Paris) – France has failed to take the necessary steps to prevent and remedy ethnic profiling by the police in identity checks, a form of systemic discrimination, said six French and international human rights organizations today in a class action lawsuit against the French state .

The organizations launched the process in January 2021 with a letter of formal notice to the Prime Minister, Interior Minister and Justice Minister to urge structural reforms and concrete action to end discriminatory police practices, a problem recognized by the President of the Republic. The authorities did not respond within the four-month deadline provided for the class action lawsuit. Their silence is particularly painful for the daily victims of these discriminatory practices, the organizations said.

The class action lawsuit is an innovative process under French law that allows civil society groups to ask the court to ask the authorities to take action to end the widespread illegal practice of ethnic profiling.

The groups call on the Council of State to hold the French state responsible for failing to prevent the widespread use of ethnic profiles by the police and to instruct the authorities to adopt the necessary reforms, including:

The landmark lawsuit comes after years of inactivity by the French authorities, which have allowed the illegal practices to continue, affecting a significant number of people. The case rests on significant evidence that police conduct widespread ethnic profiling based on physical characteristics associated with an actual or suspected ethnic or racial origin.

The lack of a strict legal framework that respects legal non-discrimination standards allows the police to use overly broad powers to carry out identity checks in a discriminatory manner. Quantitative studies have shown that men and boys perceived as black or Arab are disproportionately attacked for stop-and-frisk actions, while qualitative reports document the devastating effects of discriminatory policing, including on children as young as 12 to have.

The lawsuit filed on July 22nd shows that ethnic profiling by the French police is systemic discrimination – defined by the UN Committee on Economic, Social and Cultural Rights as “creating legal rules, guidelines, practices or prevailing cultural attitudes in the public sector… relative disadvantages for some groups and privileges for others ”- and describes the so far insufficient reaction of the French state to put an end to this.

Actions taken that have proven inadequate include the use of body cameras and requiring police officers to wear ID numbers. The authorities have consistently refused all attempts to record identity checks and to provide those detained with a kind of protocol of the proceedings.

On June 28, the United Nations High Commissioner for Human Rights highlighted France in her report on “Promoting and protecting human rights and fundamental freedoms of Africans and people of African descent against excessive use of force and others” for discriminatory police checks on human rights violations by law enforcement officers. “In in the past, other UN and European authorities have asked the French authorities to end discriminatory identity checks.

On June 8, the Paris Court of Appeals again convicted the French state of “gross misconduct” for the discriminatory stopover of three students in a Paris train station in 2017 when they were returning from a school trip.

The Ombudsman has repeatedly criticized discriminatory identity checks and called for reforms. In 2016, the Court of Cassation ruled that police checks on three young men in 2011 constituted discrimination and “gross misconduct imposed by the state”.

The State Council has the power to instruct the state to end these stigmatizing, degrading and degrading practices, the organizations said.