Former lawmaker seeks back pay for self, others in class action lawsuit 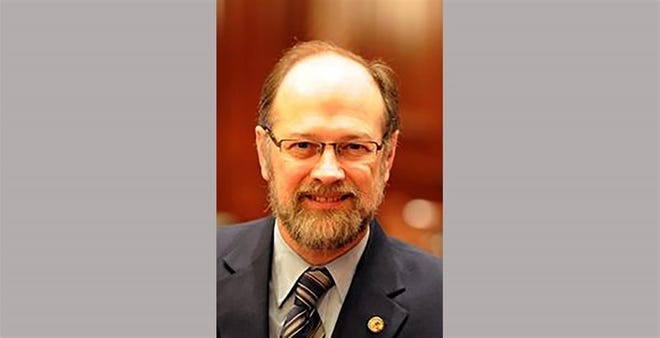 A former state lawmaker is suing the state auditor over pay increases he was entitled to during his twelve years on the Illinois General Assembly, despite voting against those increases as a legislature.

Former MP Mike Fortner joins two other former senators of the state who are filing separate lawsuits against Illinois auditor Susana Mendoza over pay increases they claim are required by the state’s constitution.

Fortner was a Republican in the Illinois General Assembly from January 2007 to January 2019 and represented the suburb of West Chicago. Former Democratic Senator Michael Noland of Elgin and James Clayborne Jr. of Belleville filed a similar lawsuit in 2017 and 2018 for failing to receive pay increases.

He argues that laws passed by the Illinois General Assembly to change legislators’ salaries in the middle of their term of office violate the section of the Constitution that states that legislative pay changes “do not take effect during the term for which they are elected “.

In a statement, Mendoza described the lawsuit as “a rash class action lawsuit (less) intended to retrospectively collect money from taxpayers for increases in wages that it voted not to implement the laws it co-financed.”

“If the court orders the state to take up to $ 10 million or more in taxpayers’ money to pay any raises to previous MPs they refused to accept, I’ll send MPs the forms that state officials can already use, to distribute part of their salaries to charity, “Mendoza said in the statement.

The statutes are void because they violate the constitution, and Fortner is entitled to his full salary adjustments for the period July 2009 to January 2019 as well as the payments withheld as vacation days.

In July 2019, a Cook County judge agreed to this argument in the Noland and Clayborne cases, ruling that the laws were unconstitutional because they changed wages during the terms the legislature was elected to.

In April, the judge ruled that Noland and Clayborne were entitled to the salaries that were withheld when lawmakers passed laws to freeze the cost of living increase and introduce vacation days. Mendoza has appealed against this ruling.

Fortner’s class action also requires back payment from withheld salary increases on behalf of the other members of the General Assembly who served in the legislature from July 1, 2009 to June 30, 2019, as well as additional payment of the withheld vacation days for those members who were between July 1, 2009 and June 30, 2014 were in service.

The lawsuit states that there are more than 200 people who could be members of the proposed class.

Fortner said in a statement emailed that his lawsuit was an attempt to “end further piece judgments for the payment of unconstitutional withheld salaries to members of the General Assembly who served between 2009 and 2019”.

In the case of Noland and Clayborne, the judge “limited recovery to the two former lawmakers who sued despite requesting payment of withheld wages for all affected lawmakers,” the statement said.

More:The long-awaited reopening of Illinois is Friday. You need to know that

“The court’s decision is now pending on appeal,” Fortner said in the statement. “I hope this class action lawsuit ends further litigation on the matter once and for all and expedites the payment of withheld salaries to all MPs in office between 2009 and 2019.”

The total cost of withholding wage increases to lawmakers between 2010 and 2019 is estimated at $ 14.4 million, according to a WBEZ report.

Fortner is led by Michael Scotti III. and Eric Madiar, a lobbyist who previously served as former MP and chief counsel for former Senate President John Cullerton. His lawyers declined to comment beyond his emailed statement.

Fortner’s lawsuit, filed last Tuesday, came a day after members of the General Assembly passed a state budget that includes a $ 1,181 pay rise.

Capitol News Illinois is a non-profit, non-partisan news service that covers state government and is distributed to more than 400 newspapers across the state. It is funded primarily by the Illinois Press Foundation and the Robert R. McCormick Foundation.