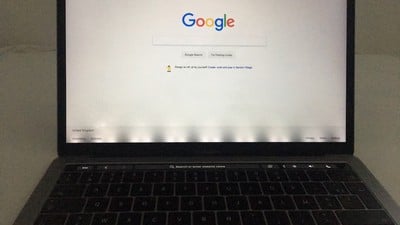 The lawsuit filed in May 2020 accused Apple of knowingly hiding an alleged flex cable display defect that affects some 13- and 15-inch MacBook Pro models. The judge overseeing the case said that due to the occurrence of the defect after the warranty period had expired, Apple was not required to disclose it as it was not a security issue.

While the lawsuit has been dismissed, the judge allows it to be changed. Plaintiffs must argue that the “Flexgate” problem was a security risk, as well as provide evidence that Apple “knew with certainty that the alleged defect would occur”.

The ‘Flexgate’ problem affected the MacBook Pro models released in 2016 and 2017, some of which had uneven lighting at the bottom of the screen after a few years. This “stage lighting” effect could cause the backlight system to fail completely.

The repair center iFixit determined that the problem was caused by a delicate flex cable that tended to wear and tear after repeatedly opening and closing the display.

Apple updated the design of the display flex cable with the 2018 MacBook Pro and launched a free repair program in May 2019 that covered the 2016 13-inch MacBook Pro models.